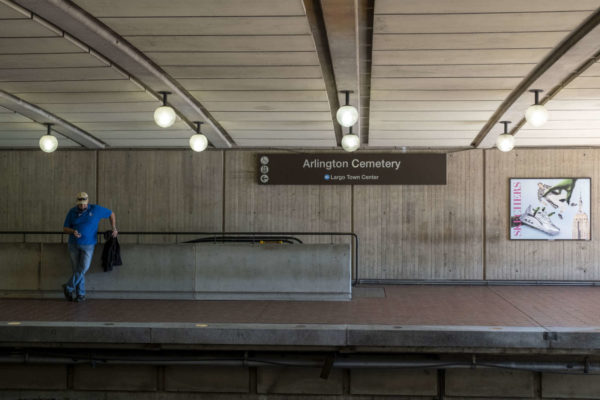 Metro’s entire Blue Line is being shut down for more than three months starting Saturday.

The closing of the Blue Line, which runs through parts of Arlington, is due to platform reconstruction work being performed at the Arlington Cemetery station. Additionally, work is being done at the Addison Road station in Maryland. The project was announced last year.

The next phase of Metro’s Platform Improvement Project begins on February 13 at Addison Rd and Arlington Cemetery Stations. As a reminder, these stations will be closed and Blue Line service will not operate through May 23.

Both the station and the Blue Line are planning to reopen on May 23.

A shuttle bus will run between the Rosslyn, Arlington Cemetery, and Pentagon stations during the project. The shuttles will run every 12 minutes Monday through Friday and every 15 minutes on the weekends. They will not stop at Arlington Cemetery after 7 p.m.

The construction work is part of a massive effort to reconstruct, modernize, and update station platforms throughout the system.

The work being done at the Arlington Cemetery station will include adding slip-resistant tiles, brighter LED canopy lighting, and lighted handrails on stairs. There will also be new platform shelters equipped with charging ports, improved platform speakers and PA system, better information screens, and renovated bathrooms.

This is the same type of work that closed down parts of the Orange Line and the entire Silver Line over the summer.

Normally, this type of work and necessary shutdown happens during the summer time when Metro ridership is historically lower. But with ridership down as much as 90% due to the pandemic, the Blue Line shut down is being initiated earlier in the year.