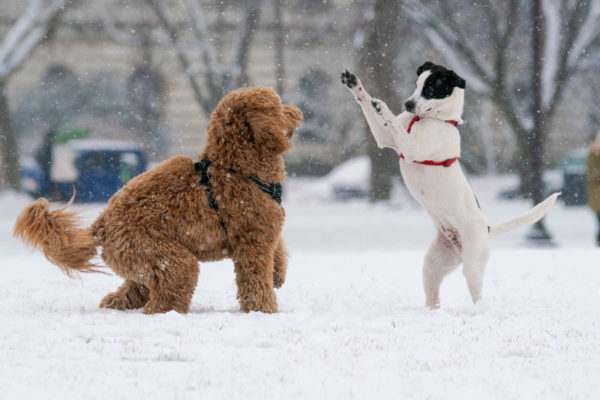 Vaccine Registration Transfer Still in Progress — “We are aware that many Arlington residents who preregistered through the County system are unable to find themselves in the ‘Check the List’ feature. Data migration is continuing throughout the week and it may take several more days for your name to appear in the centralized system.” [Arlington County]

No Rolling Stops for Va. Cyclists Yet — “The Virginia Senate on Wednesday sidelined a proposal that would have allowed bicyclists to yield instead of halt at stop signs. Instead, lawmakers voted to commission a police study of the rule as enacted in other states. They also voted to require drivers to change lanes when passing bicyclists if three feet of distance isn’t possible and to allow two cyclists to ride side by side in a lane.” [Washington Post]

First Non-Airline Lounge Coming to DCA — “A lot is changing at Reagan National Airport, and one of the new additions will be an American Express Centurion passenger lounge, the first non-airline passenger lounge at the airport. Reagan National will be the 16th U.S. airport to have a Centurion Lounge. The 11,500-square-foot lounge will open by the end of 2022.” [WTOP]

Gate 35X Replacement Opening Soon — “Airport officials have long planned to replace the 35X bussing system with a proper 14-gate concourse. So here’s some good news: looks like it will happen sooner rather than later. Airline Weekly reports that the American Airlines concourse will open three months earlier than anticipated. Turns out that the decline in air traffic during the pandemic helped accelerated construction work. It’s now slated to open as soon as April 20.” [Washingtonian]

Poems on ART Buses — “This year’s Moving Words Adult Competition 2021 Six winning poems were selected from 211 poems by this year’s judge, Arlington’s 2nd Poet Laureate Holly Karapetkova, who also has a poem on display. View the poems below and on Arlington’s ART buses from February through September 2021.” [Arlington Arts]

Beyer Gets Out-of-This-World Chairmanship — “Late last week, Democrats on the House Committee on Science, Space, and Technology elected Rep. Don Beyer (D-VA) to serve as Chair of the Subcommittee on Space and Aeronautics for the 117th Congress.” [Press Release]