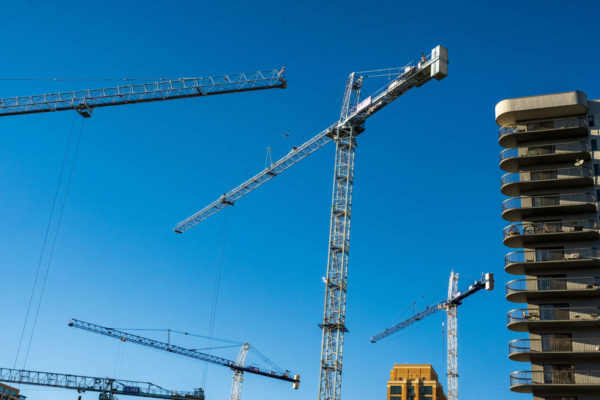 County Buying Fairlington Area Apartments — “A push to redevelop the Park Shirlington apartment complex in South Arlington has fallen through, prompting county officials to take the unusual step of buying part of the aging affordable community. Arlington leaders signed off on plans in late January to purchase about half of the property, located along I-395 near the county’s border with Alexandria. The county will end up paying about $27.9 million for 105 apartments on a 6.3-acre parcel should the deal close in August.” [Washington Business Journal]

New Rosslyn Apartments Start Leasing — “Today, Penzance… announced the start of leasing and the opening of their interactive leasing center for Aubrey, the first luxury apartment tower to deliver at The Highlands, a dynamic mixed-use development project along the Rosslyn-Ballston Corridor.” [Press Release]

Amazon Donates to Wakefield HS — “As part of it’s celebration of Black History Month, Amazon presented a $15,000 donation to support Wakefield High School. This is the latest in Amazon’s ongoing work to support education and racial equality initiatives in communities across the country where its employees live and work. The donation to Wakefield High School of $15,000 will include the book Stamped: Racism, Anti-Racism, and You by Jason Reynolds.” [Arlington Public Schools]

Jaywalking Now No Longer a Primary Offense — “Though it didn’t garner as much attention as other police reform measures during the special legislative session that ended this fall, a provision to decriminalize jaywalking in a pretextual policing bill from Delegate Patrick Hope, D-Arlington, means that come March 1, police will no longer be able to stop folks for the act of crossing the street outside of a marked crosswalk.” [Virginia Mercury, NBC 4]

Amazon Funds Affordable Housing in Falls Church — “In response to concerns about the anticipated impact of its second headquarters in Arlington on the region’s housing prices, Amazon pledged $75 million over five years to affordable housing in Northern Virginia… Falls Church will get $3.4 million for a new affordable housing homeownership program and $350,000 to extend the availability of nine committed affordable apartments at the Read Building (402 W. Broad Street).” [Tysons Reporter]

END_OF_DOCUMENT_TOKEN_TO_BE_REPLACED

More Stories
Aging Right at Home: How to Address Polypharmacy With Aging AdultsMushroom Art Has Sprouted Up In Crystal City