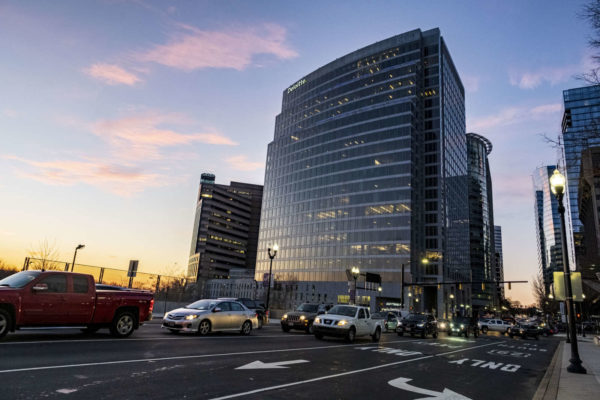 Two Library Branches Are Back Open — “County officials on March 9 reopened the Shirlington and Westover branch libraries, albeit with curtailed hours and limiting the public to no more than 15 minutes inside at any one time. Where the reopening plan goes from here is anyone’s guess. ‘All other branches remain closed at this time, and a reopening date for the remaining branches has not yet been determined,’ library officials said.” [Sun Gazette]

Arlington Vultures Make National News — “When [Harvard University] closed because of Covid-19 in midsemester last spring, I relocated to my wife’s home in Arlington, Va… What I had not anticipated was that shortly after my arrival, my wife and I would be joined by a pair of black vultures, who thought the attic of her garage would be the ideal place to raise a family. And that’s just what they’ve done.” [Wall Street Journal]

Public Meeting on HQ2 Phase 2 Planned — “Arlington County is looking for public input on the next phase of new construction for Amazon’s second headquarters — including plans for a futuristic, spiral-shaped building called ‘The Helix.’ A virtual ‘Community Kick-off Meeting’ is now planned for March 25 at 6:30 p.m. It will be the start of a lengthy public review process that will take several months to complete.” [WJLA]

Residents Hold Nightly Pandemic Happy Hour — “They’re bundled up and socially distanced in front of a roaring fire, with drinks in hand. In this Arlington neighborhood, residents have met for a happy hour called Six Feet at 6:30 every night for nearly a year. ‘It’s been my therapy,’ Mary Stump said.” [NBC 4]

Big Metro Cuts Averted By Stimulus Bill — “Metro expects to avert service cuts and layoffs that had been proposed in its FY22 budget thanks to new federal relief approved by Congress today. ‘Congress has once again stepped up to address the needs of Metro and the regional transit systems that will be critical to our region’s economic recovery,’ said Metro Board of Directors Chair Paul C. Smedberg. ‘While it will take more time to work out all the details, including Metro’s exact share of this funding, the $1.4 billion provided by the American Recovery Plan for our region’s transit agencies will allow us to avert the painful service reductions and layoffs that were on the table.'” [WMATA]