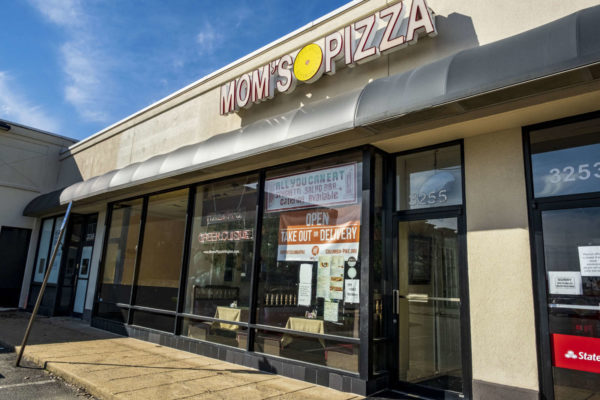 (Updated at 3:35 p.m.) Mom’s Pizza Restaurant at Westmont Shopping Center is closing this summer after 32 years, the owners tell ARLnow.

Owner John Hosein says the property manager recently informed the long-running restaurant that they would have to vacate their space along Columbia Pike for a planned redevelopment.

“They need the space,” says Hosein. “They want to… demolish the whole shopping center.”

He says it’s likely that they’ll close in June.

The County Board approved the shopping center’s redevelopment in September 2019. The plan is to replace the aging shopping center and surface parking lot with 250 market rate apartments and new retail. A small-format grocery store may be among the new retail options.

Demolition will likely happen shortly after the shopping center closes in June, a spokesperson for the property management company tells ARLnow. Construction is currently targeted to begin in late 2021, Jessica Margarit of Arlington’s Dept. of Community Planning, Housing and Development says.

The project would likely wrap up by 2024, though an exact timeline could not be immediately confirmed.

Hosein says the news wasn’t a total surprise, since their lease was up at the end of the year. While he says the agreement does allow the property owner to do this, he wishes there was more time to say goodbye.

Mom’s has always been a family affair and a showcase for their multi-cultural heritage.

Hosein was born in Jordan, where his mother — who was from Athens, Greece — first met his dad. They all immigrated to the United States, to New York initially, in the 1970s for the economic opportunities.

Hosein attended George Mason University, but opening a restaurant was “my dream,” he says. In 1989, he partnered with his mom, Rahma, and brother to open Mom’s.

“My mom was a really great chef. So, we named it [after her] and have continued calling it that since,” says Hosein, who now owns the restaurant with his wife Manal. Their daughter, Areen, also helps with the restaurant too, including running their Instagram and Facebook accounts.

“If you watched [the movie] ‘Our Big Fat Greek Wedding,’ that’s exactly us,” Areen laughs. 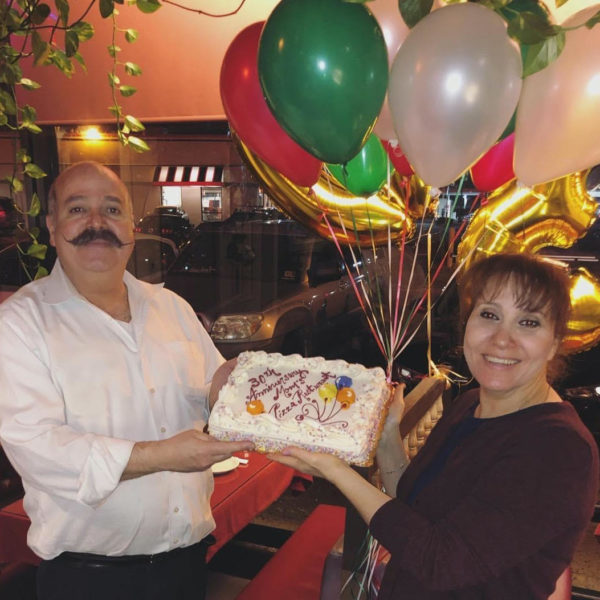 The restaurant’s menu is influenced by Hosein’s upbringing, featuring Greek specialities like spanakopita, and pastitsio (Greek lasagna) as well as traditional Middle Eastern fare like hummus and gyros.

There’s also, of course, pizza and pasta. Hosein notes that many dishes are made from scratch, including the pastitsio and the pizza dough. Hosein says he still cooks at the restaurant almost every day.

When asked what dish they’d recommend to new customers, Manal Hosein says “everything.”

John Hosein says what he loves the most about owning a restaurant are the challenges everyday and that he “just loves to see people happy.” While the pandemic, like for so many Arlington restaurants, has been a challenge, cutting hours and other expenses — in combination with a loyal customer base — have kept Mom’s “above water.”

They’ve recently started informing some customers of their closing, leaving a few in tears, says Hosein. He said the family is deeply grateful for the community’s support over the years.

The couple, despite losing their restaurant, is not planning to retire — but they don’t know what comes next.