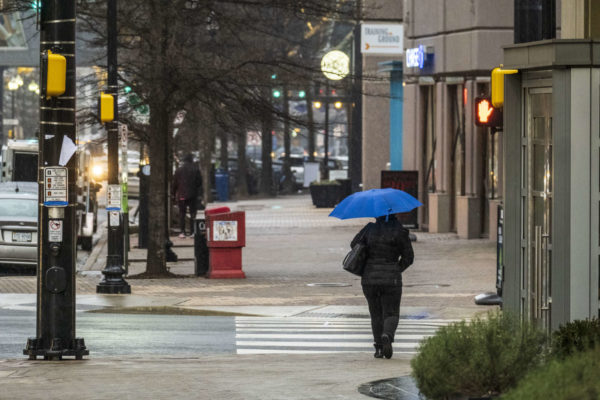 Pentagon Row Harris Teeter’s Future in Flux — “Despite concerns from nearby residents, Arlington County Board members on March 20 could give the owner of Pentagon Row the ability to, potentially, significantly downsize grocery-store operations… Located on a 15-acre parcel in Pentagon City, the site has long included a Harris-Teeter supermarket. But that initial lease term is expiring, and there is no guarantee the supermarket chain will want to stay in the existing space.” [Sun Gazette]

Coronavirus Tests Available at DCA — “Coronavirus testing launched Monday at Reagan National and Washington Dulles International airports, which became the latest airports across the country to offer the tests. The centers are outside the security checkpoints at both airports and are operated by XpresCheck, which runs centers at a number of U.S. airports.” [Washington Post]

New Building to Have Temporary Hotel Rooms — “Arlington County Board members next month are expected to allow another developer to temporarily convert apartment space to hotel use. The developer of the 809-unit property at 1555 Wilson Blvd. is asking permission to use 100 of the residential units as hotel space starting in late summer. Eventually, the units would revert to their originally intended purpose.” [Sun Gazette]

Cherry Blossom Sculptures Arrive in Arlington — From the National Landing BID: “Two official @CherryBlossFest sculptures have landed! One at the Esplanade at Long Bridge Park and one at the Crystal City Water Park. They will be up through May 31.” [Twitter]

Bill Would Allow 15 MPH Speed Limits in Va. — “Currently, any city or county looking to slow traffic in a busy shopping district or on a quiet residential street can go no lower than 25 mph. A bill passed during this year’s General Assembly session, however, would change that, permitting posted speed limits to drop as low as 15 mph. A ten miles per hour difference may not seem huge, but for pedestrian safety advocates and the families of victims of traffic collisions, the change could mean the difference between life and death.” [Greater Greater Washington]