The finish line is in sight for a Clarendon-based startup that has developed a wearable breathing sensor called Respa.

Zansors, located at 3100 Clarendon Blvd, has created an inch-square device that connects to a mobile app, showing wearers their breathing patterns. Originally created to help people screen themselves for sleep apnea from the comfort of their home, Zansors has also tailored the product to fit the needs of fitness enthusiasts who want additional data on their exercise. 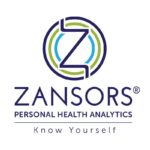 The company has been around nearly nine years, during which time the product has gone through research and development and has been beset by engineering and developmental delays, said co-founder Abhijit Dasgupta. Now, Zansors is in the final stages of developing the app and connecting it to the device.

“We’re looking forward to ramping up this spring and getting out the door in the summer,” Dasgupta said. “It’s obviously a good feeling that we’re in the final stretch. It’s a lot of work, effort and sweat equity. The hiccups have been frustrating, but we’re just trying to hammer it home.”

Dasgupta, who has a doctorate in biostatistics and previously worked in medical research, said the idea for a wearable breathing sensor came from seeing how common — but under-detected — sleep apnea is.

“To create a device that can allow you to detect it at home, you wouldn’t have to get wired up, and spend the night in a foreign bed,” Dasgupta said. “We felt sleep studies weren’t reflective of your own sleep experience.”

The wearable sensor detects how sleepers move and breathe and warns doctors of abnormal patterns, he said. But Respa is a screening product, not a diagnostic one, he said.

Over time, Zansors started looking into other areas where breath and motion are synced, and made it work for athletes and fitness buffs.

“It’s the same device, leveraged in different ways,” he said. 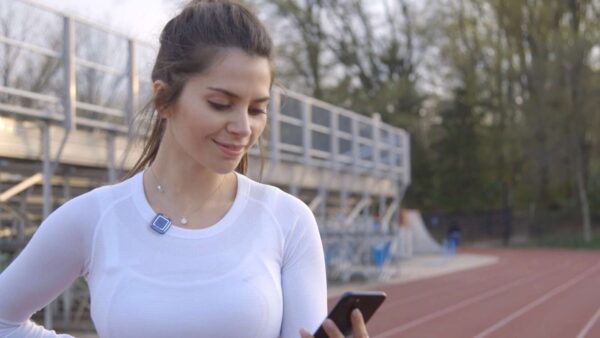 Dasgupta and his team have other ideas for repurposing the product for respiratory diseases, something at the forefront of their minds due to the coronavirus pandemic.

Although it has become fodder for future development, the pandemic has also hurt Zansors’ ability to travel, meet buyers and clients and raise investment money, Dasgupta said. When personal protective equipment was hard to come by, Zansors pivoted to selling high-quality masks with filters, which it sold to several U.S. Army and Air Force bases, he said. Now that PPE is easier to find again, Zansors has refocused on the Respa.

The company is also in active talks about possible military usage of the device, Dasgupta said.

“There are plenty of ideas out there but we need to get this out the door so that we can put this in the ‘done’ column,” he said.

Initially, most of Zansors’ work was funded by the National Institutes of Health, through its Small Business Innovation Research grant program, as well as a few investors in Northern Virginia. The Arlington community specifically has been supportive of Zansors, Dasgupta said.

“I think it’s great that we’re in Arlington,” Dasgupta said. “Arlington is a great place to center a business because there’s so much going on: There’s so much networking and the business development groups are good.”