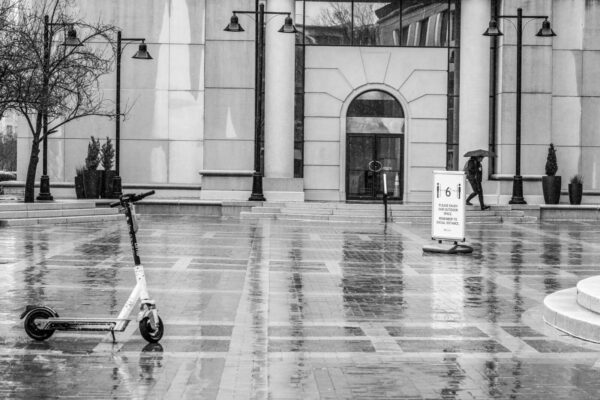 Real Estate Expected to Get Pricier — “Home prices and, for the most part, sales, have continued to rise in the Northern Virginia market in the last year, even despite the pandemic, but the unanswered question is: what will happen in the future? A consensus forecast report from the Center for Regional Analysis and George Mason University and the Northern Virginia Association of Realtors aims to answer that question and, in short, the upward trends will continue.” [WTOP]

Clement Focuses on Taxes — “Frequent Arlington political contender Audrey Clement’s hat is in the ring for 2021, and she’s focusing, at least initially, on ever-spiraling higher tax burdens on county homeowners. ‘I’m running again because Arlington taxes are slated to go up again even as other Northern Virginia jurisdictions’ tax rates are going down,’ Clement said in an e-mail to supporters, formalizing her bid for Arlington County Board.” [Sun Gazette]

Candidate Misses Filing Deadline — Updated at 5:15 p.m. — Local House of Delegates candidate Matt Rogers, who was set to challenge fellow Democrat Del. Patrick Hope, reportedly failed to meet a filing deadline and may not be on the primary ballot as a result. [Blue Virginia]

Teens Encouraged to Join ‘Park Corps’ — “Work alongside Arlington’s natural resource professionals in forestry, wildlife management, education, habitat restoration and more. We’ll get real work done, all while having fun outside, building job skills and making connections with other like-minded students… Applications are due April 30. Applicants must be 16-18 years of age.” [Arlington County]

Credit Union Makes New Hires — “Arlington Community Federal Credit Union announced multiple new hires of key members of the leadership team. Each of these leaders will be responsible for significant priority strategies for the organization.” [ACFCU]

Foreclosed Rosslyn Office Building Sold — “An affiliate of The Meridian Group cast the winning bid of $58.3 million for a Rosslyn office building during Wednesday morning’s foreclosure auction just steps from the Arlington County courthouse… 1500 Wilson checks off many of the same boxes the development firm seeks with its value-add buys. There is about 121,250 square feet of vacant space in the building, and a repositioning to boost occupancy, aided by one of its real estate funds, could be in the cards.” [Washington Business Journal]