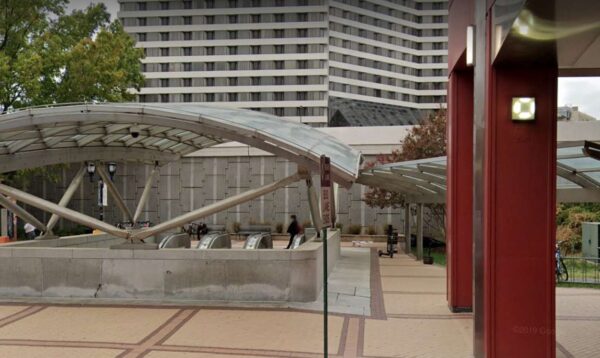 A blank canvas awaits artists next to a busy Metro entrance.

The National Landing Business Improvement District is looking for designs for a Crystal City Metro station project: creating a mural on a blank retaining wall to greet travelers.

The winner will have a space about 115 feet long and 20 feet high for their artwork.

The art project comes amid an overhaul of the station plaza with new seating, a more open layout and other changes to the landscape and area planned for this year, according to the BID. 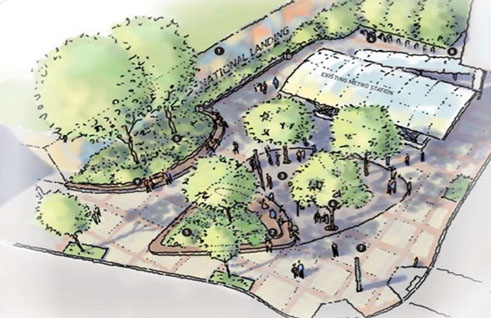 Other imminent changes slated for the area include a second entrance for the Metro station closer to Crystal Drive as well as the ongoing construction of Amazon’s HQ2 several blocks away.

“As more residents, workers and visitors engage with our community in the coming months, our hope is that this mural, along with the BID’s other art initiatives and creative programming, reflect the exciting and welcoming environment that we are fostering in National Landing,” said BID president Tracy Sayegh Gabriel.

Formerly known as the Crystal City BID, the business improvement district has placed an emphasis on art over the years. In 2020, it held a #LoveNationalLanding art campaign and also sponsored a mural contest in 2019 that transformed the Synetic Theater.

The new mural project calls for “iconic imagery,” providing an Instagram-worthy moment to passersby, and being welcoming to all, according to the project’s request for proposals. 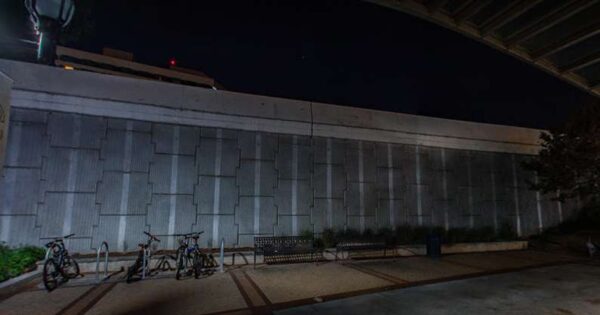 An artist or team of artists must submit a proposal along with an application for consideration by 5 p.m. on Tuesday, June 1. Finalists will be interviewed and receive a stipend for designs.