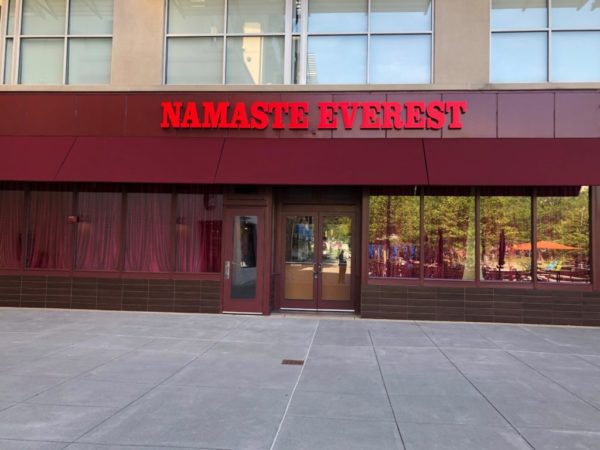 A Bethesda-based sushi restaurant known for its high-end rolls and selection of Japanese liquors appears to be expanding into Pentagon Row.

The new eatery, Kusshi, is planning to open in the space currently occupied by Nepalese and Indian restaurant Namaste Everest (1201 S. Joyce Street), according to Kusshi’s co-founder, Tony Chow.

“We’re hoping [to open] before the end of the year,” he said.

Namaste Everest, the Arlington outpost of Namaste in Alexandria, opened in summer 2019, in the storefront that formerly housed a Noodles & Co. location.

A restaurant employee from Namaste Everest could not confirm the change.

Chow said he has been eyeing an expansion into Arlington for almost two years, adding that he intends to tap into the area’s “live, work and play” lifestyle.

“Arlington has a lot of business and commerce and has Amazon HQ2 going there as well,” he said. “We like to go to mixed-use developments, which is part of our success at Pike and Rose.”

Chow plans to bring to Westpost a large assortment of Japanese whisky and sake to sip while dining on the restaurant’s traditional sushi rolls and higher-end offerings, like wagyu beef and sea urchin.

“Our staff… have gone through courses about sake, there is quite a lot of knowledge there,” he said, adding that diners will be able to learn about the different drinks and sample them.

Chow has another sushi place in Bethesda named Hanaro, a smaller-scale restaurant.