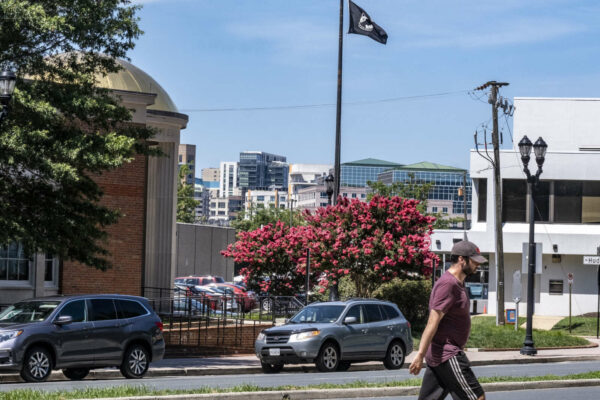 Arlington Getting Hipper Restaurants? —  “Clarkson said the Clarendon-Courthouse area is drawing some bar and restaurant operators from the District who previously haven’t had any locations in Virginia. He said he has seen this type of interest as his team has begun to lease the 17,500 SF of retail in the Landmark Block project. ‘You’re starting to see good retail from D.C., Shaw-type retailers, plant flags in the R-B corridor in Clarendon,’ Clarkson said. ‘Folks I never thought would consider the R-B corridor are now interested… Hopefully there will be some names that haven’t necessarily been seen in Virginia yet, especially on the [food and beverage] and bar side.'” [Bisnow]

Committee Critiques HQ2 Phase 2 Plan — “‘I am still seeing three — on the bulky side, seems to me from the rendering I’ve seen – office buildings at 22 stories high,’ Siegel said. ‘I think the community — certainly, speaking for myself — had hoped for more of a varied skyline.’ James Schroll, the committee chair, said he agreed with Siegel’s concerns. ‘While we appreciate the modifications, I don’t think they achieve what folks were after in our last discussion,’ he said.” [Washington Business Journal]

Environmental Review for ‘CC2DCA’ Bridge — “Arlington County, in coordination with the Virginia Department of Transportation (VDOT), has initiated a study to explore the possibility of providing a multimodal connection between Crystal City and Ronald Reagan Washington National Airport (DCA). An online community meeting on July 15 will serve as the public kick-off for the study, which is anticipated to take approximately three years to complete.” [Arlington County]

Va. Lauded for Business Climate — “A year of pandemic and social reckoning has changed the nation in countless ways. But one thing has stayed the same: America’s Top State for Business is Virginia. The Old Dominion captures top honors in CNBC’s 2021 competitiveness rankings, just as it did in the previous study published in 2019. It is Virginia’s fifth win since the study began in 2007, more than any other state.” [CNBC]