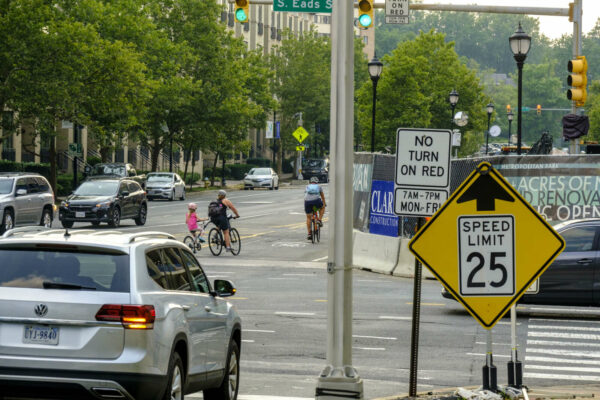 Pentagon City Suspect Charged With Murder — “Taya Ashton, 20, was found shot to death at an apartment in the 2300 block of Brooks Drive in Suitland on Saturday night, Prince George’s County police said. A day after her slaying, Arlington County police arrested DeAllen Price, of District Heights, for running from officers and going on the Metro tracks at the Pentagon City station, police said… Metro Transit Police and a K9 officer searched the tracks and found a weapon they later linked to Ashton’s murder, police said.” [NBC 4]

Gunston Bubble Going Bye-Bye — “The iconic, yet temperamental, sports ‘bubble’ adjacent to Gunston Middle School will soon be replaced by a barn-like framed structure that will provide more reliability and accessibility, Arlington government officials said. County Board members have approved a contract worth up to $866,800 for installation of the new Clear Span frame-supported fabric structure, which had been purchased previously.” [Sun Gazette]

WeWork, WeLive No Longer Together — “WeWork has washed its hands of WeLive, the co-living brand it launched a half-decade ago with grand aspirations. WeWork handed over management of the two WeLive locations, in Northern Virginia’s Crystal City neighborhood and on Wall Street in Manhattan, to the owners of the buildings, JBG Smith and Rudin Management, a WeWork spokesperson confirmed to Bisnow Wednesday.” [Bisnow]

Interview with APS DEI Chief — “We sat down with Arlington Public Schools Chief Diversity, Equity and Inclusion Officer Arron Gregory to talk about the importance of roles like his in schools… How is the school system’s success in these matters ultimately measured? ‘… if we’re unable to predict student success by identities, such as race, class, gender, socioeconomic status, then we’ve achieved educational equity, but if we’re able to predict those outcomes, then there’s work that still needs to happen.'” [WJLA]

Editorial Lauds Lee Highway Renaming — “The symbolism that attends the struggle for racial justice and recognition could hardly be better served than by paying tribute, as the newly named roadway does, to John M. Langston, a man who, in the words of his biographer, ‘was Obama before Obama.’ A century and a half before, as it happens.” [Washington Post]