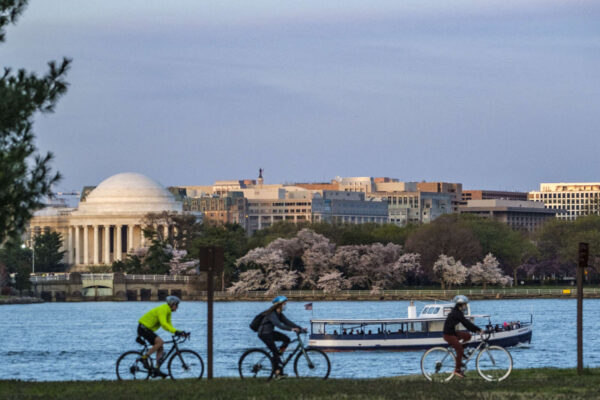 The good news for users of the Mount Vernon Trail is that a proposed widening project was selected for state funding. The bad news? It will be 2026 before work even starts on the project.

As anyone who has bicycled or walked along the popular trail could likely attest, there are parts that can feel dangerously narrow. Last year, the National Park Service released a report recommending widening. The report noted that there were 225 reported bike and pedestrian crashes on the trail between 2006 and 2010, many of them at crash hotspots near National Airport and the 14th Street Bridge.

Some spots along the trail are in notoriously poor condition, like the infamous Trollheim Bridge section south of Roosevelt Island, where the trail’s wooden planks often become slick in icy or rainy conditions.

The goal of the approved project is to improve and reconstruct approximately 6.5 miles of the trail, from the access point to Roosevelt Island down to Jones Point Park in Alexandria. One of the most narrow stretches of the trail, a single-lane tunnel under Memorial Bridge, is on Columbia Island, which is technically part of D.C.

According to the application, the project would “widen the trail’s paved surface from between seven and eight feet to 11 where feasible.”

The total project cost is estimated at $33 million, with $29 million funded by the Virginia SMART SCALE grant — which doesn’t fund the needed improvements on Columbia Island. The grant was on the list of projects approved by the Commonwealth Transportation Board at a meeting on June 23.

The widening is likely a few years down the road. The National Park Service previously said work could begin on the trail starting in 2026, Greater Greater Washington reported.