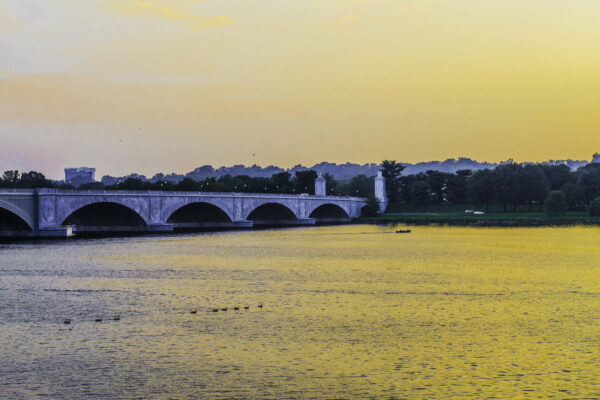 County Closures for Labor Day — County-run Covid vaccination clinics and testing will be closed Monday for the Labor Day holiday. County offices, libraries, rec centers, courts and schools will also be closed. Trash will be collected, but parking meters will not be enforced. [Arlington County]

No County Cash for Amazon This Year — “Arlington won’t pay Amazon.com Inc. any cash incentives this year — the second year in a row the pandemic has essentially thwarted that deal… ‘As a result of the continued impact of the Covid-19 pandemic and travel restrictions in place during much of the year, Arlington’s FY2021 Transient Occupancy Tax (TOT) revenues did not yield the incremental growth necessary for Amazon to receive a grant for the second year of the 15-year performance period.'” [Washington Business Journal]

VRE Ridership Remains Low — “Despite upticks over the summer months, passenger counts for Virginia Railway Express (VRE) remain well down from pre-pandemic levels. For the weeks ending July 30, Aug. 6, Aug. 13 and Aug. 20, passenger counts were down 85.7 percent, 85.8 percent, 85.8 percent and 86.5 percent from the same periods in 2019, according to information provided by VRE officials to the Northern Virginia Transportation Commission.” [InsideNova]

New Restaurants Coming to Crystal City — “The Kabob Palace in Crystal City will soon have new neighbors. A halal restaurant franchisee has signed a lease for about 2,400 square feet at 2323 S. Eads St., where it plans to open a combined Peri Peri Original and Kallisto Steakhouse inside an end-cap space where the buffet-style Kabob Palace Family Restaurant had been.” [Washington Business Journal]

Map Chronicles Close Calls — “Developed with the help of Virginia Tech graduate students, the Near Miss Survey allows walkers, bicyclists, drivers, and other road users to report instances where they came close to getting into a crash or accident but were fortunate enough to avoid it. The resulting map highlights specific incidents as well as hotspots that are especially accident-prone, with the goal of helping local transportation and public safety officials see what areas need their attention.” [FFXnow]