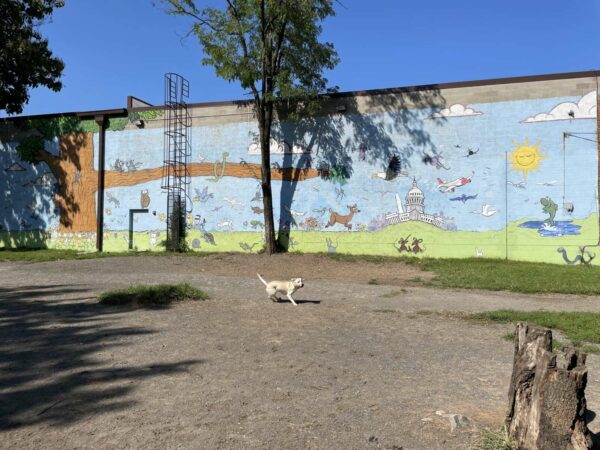 Shots Fired in Green Valley — “ACPD is investigating a shots fired incident in the 3200 block of 24th Street S. which occurred at approximately 8:14 p.m. No victims related to this incident have been located.” [ACPD, Twitter]

Another ACPD Departure — Adrienne Quigley, Arlington’s only female deputy police chief, retired from ACPD on Friday. Citing multiple sources, ARLnow previously reported that Quigley is expected to take a job at Amazon HQ2, amid an “exodus” from the department. [Twitter]

No APS Blue Ribbon Schools This Year — “One Fairfax County school was named among seven Virginia public schools honored as 2021 National Blue Ribbon Schools by the U.S. Department of Education, but the rest of Northern Virginia’s inner suburbs found themselves shut out… No Arlington, Alexandria, Falls Church or Loudoun public schools made the grade this year, although one Prince William County public school – Mary G. Porter Traditional – was honored.” [Sun Gazette]

Officers Visit PEP Program — From ACPD: “Corporal Smithgall and Recruit Officer Divincenzo spoke with PEP Program students at the Arlington Career Center today and also had the opportunity to compete in a push-up challenge! PEP is a community based program for supported work experience, supported travel training, and independent living training.” [Facebook]

Bayou Bakery Owner Featured on CNBC — David Guas, owner of Bayou Bakery in Courthouse, was featured on CNBC Thursday night for his Community Spoon initiative, which provides meals to Afghan refugees. Guas is a Cuban-American, whose father fled Cuba in the 1960s. This isn’t the first time local business owner has provided food to those in need; he previously provided meals to families in need during the pandemic and supplied meals to National Guard personnel at the Capitol earlier this year. [CNBC]

De Ferranti on WAMU’s Politics Hour – Arlington County Board Chair Matt de Ferranti was on “The Politics Hour with Kojo Nnamdi” on Friday. In the 16 minute conversation, de Ferranti talked about the county’s new logo, schools, the shrinking police force, the newly-adapted bag tax, housing, and his hunger task force. He also fielded questions about the proposed Rosslyn-Georgetown gondola, saying it was still premature to discuss, and the tightening Virginia governor’s race. The Board chair also revealed that he voted for Terry McAuliffe in the Democratic primary. [WAMU]