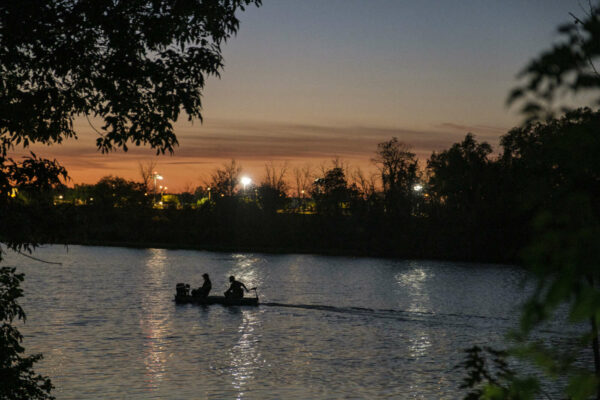 ‘Innovation Studio’ Planned at HQ2 — “Amazon Web Services will open a new AWS Innovation Studio to collaborate on global solutions that leverage its cloud computing technologies to address issues such as housing insecurity, social justice, climate change, sustainability and health and education inequality. A first for AWS, the studio will launch at Amazon’s new HQ2 headquarters under construction in Arlington, Va.” [CRN]

First Responders Honor Fallen Marine — “ACPD and @ArlingtonVaFD paid our respects to USMC Sgt. Nicole Gee, who was tragically killed in action in Kabul, as her procession traveled through Arlington this evening. May we never forget her service and sacrifice.” [Twitter, Twitter]

Power Outage Near Rosslyn — “About 450 homes and businesses are without power in the Rosslyn area this morning. Initial reports suggest that residents heard a loud boom and firefighters subsequently found a very unlucky squirrel.” [Twitter]

Beyer Blasts GOP for Debt Limit Drama — “By filibustering legislation that would prevent a default, they are gambling with the full faith and credit of the United States. This is poor economic stewardship. The responsible course of action is to increase the debt ceiling to prevent a catastrophic default.” [Press Release]

APS Preparing for Collective Bargaining — “The push to give Arlington Public Schools’ staff collective-bargaining rights is expected to move another step forward in coming weeks. School Board members on Sept. 30 will review a draft list of budget priorities for next year to be handed to Superintendent Francisco Durán. Among the directives in the staff proposal: create a timeline for implementation of collective-bargaining, which until recently was banned for public-sector workers in local governments across Virginia.” [Sun Gazette]

Virginia Gubernatorial Debate — “Republican Glenn Youngkin and Democrat Terry McAuliffe outlined sharply different pictures of Virginia and visions for its future Tuesday in the second and final debate of this year’s race for governor. Youngkin, a former business executive, described a state racked with crime and struggling under a dying economy, then pledged to fix it by slashing taxes and beefing up law enforcement. McAuliffe took credit for creating a booming economy when he served as governor from 2014 to 2018.” [Washington Post]

Tuesday Morning’s Big Boom — “A big boom was reported across a wide swath of Fairfax County from Reston and Herndon to McLean around 10:40 a.m. on Tuesday, leaving many residents confused regarding the possible source. The sound was likely caused by loud thunder that accompanied a storm that was crossing the area at the time.” [FFXnow]