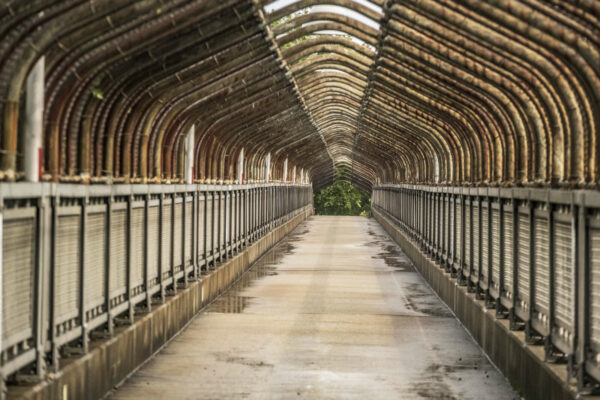 Lockheed Downsizes Arlington Presence — “Lockheed Martin Corp. has re-upped its Crystal City presence, but for less space. The nation’s largest government contractor renewed its lease at 2121 Crystal Drive, but for only 180,000 square feet, downsizing from 220,000 square feet, according to CBRE. That 18% contraction accounts for one floor of the 12-story, 505,000-square-foot office building.” [Washington Business Journal]

More Office Interest in Ballston — “It’s masks on as Mark Witschorik readies for another tour at Ballston Exchange. The 783,000-square-foot office complex at the heart of the Arlington neighborhood was once the home of the National Science Foundation, but since it left in 2017, developer Jamestown has worked to bring new office users into the building… Witschorik, Jamestown’s senior vice president of asset management, says things are picking up.” [Washington Business Journal]

German Struggles at APS Abate — “Arlington school officials say they’re hoping to be back on track by the end of the month to address yet another crisis that popped up at the start of the school system – the lack of a teacher to instruct students in certain German-language classes. The educator who instructed the classes was among those who left the school system at the start of the school year, requiring some students taking German to receive instruction online as a stopgap measure. That provoked a furor among some impacted students and their parents.” [Sun Gazette]

END_OF_DOCUMENT_TOKEN_TO_BE_REPLACED

More Stories
Most Expensive Arlington Homes Sold in SeptemberMorning Poll: Are You Stepping Up Your Clothing Purchases?