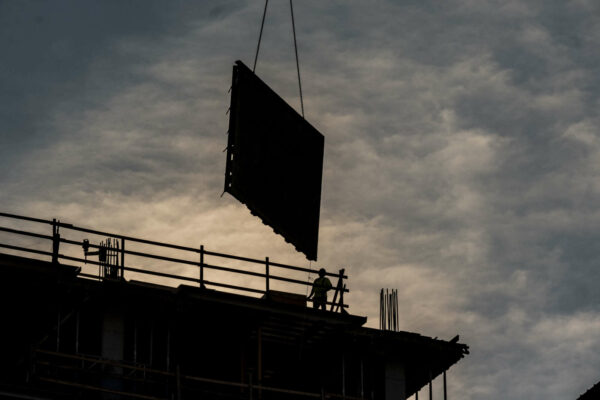 Portion of Train Removed from Tunnel — From NBC 4’s Adam Tuss: “Almost 24 hours after the Blue Line derailment — a section of the derailed train is on the move. Only 3 railcars here. We were told the 4th railcar was the one that derailed. There were 8 railcars total.” [Twitter]

Camera Truck to Drive Around Arlington — From Arlington’s Dept. of Environmental Services: “Starting [today]: A County contractor’s camera truck will be driving around Arlington for two weeks (weather permitting), gathering imagery and and GPS data exclusively for evaluation of roadway conditions. They come in peace for all mankind.” [Twitter]

Amazon to Fund Transit-Accessible Housing — “Amazon will fund a new grant program to help local governments and nonprofit developers pursue affordable projects near transit stations, directing $500,000 of its recently announced $2 billion Housing Equity Fund to this effort… said Arlington County Board member Christian Dorsey… ‘Providing this source of funding, that’s not going to need to be paid back, is really going to be the key in unlocking innovative projects to help meet our goals.'” [Washington Business Journal]

Anniversary Event at Tomb of the Unknowns — “When Arlington National Cemetery marks the 100th anniversary of the Tomb of the Unknowns next month, members of the public will be allowed to place flowers there for the first time, the cemetery said Tuesday… ‘This is a rare opportunity for the public to walk next to the Tomb … a privilege otherwise given only to the sentinels of the 3rd U.S. Infantry Regiment, ‘The Old Guard,” who stand watch over the site 24 hours a day, the cemetery said.” [Washington Post]

New DCA Security Checkpoints Unveiled — “The public got its first look Wednesday at the buildings that will be home to new security checkpoints set to open next month at Reagan National Airport — an upgrade that officials hope will speed screening times and ease congestion in time for the holiday travel season. The checkpoints are set to open Nov. 9 and will be housed in separate 50,000-square-foot buildings across from Terminals B and C.” [Washington Post]

Nearby: SROs Reinstated in Alexandria, For Now — “After significant outcry from a school system concerned about weapons in schools, the Alexandria City Council took a dramatic 4-3 vote around 1 a.m. this morning (Wednesday) to temporarily return school resource officers (SROs) to two middle schools and Alexandria City High School until the end of this school year.” [ALXnow]