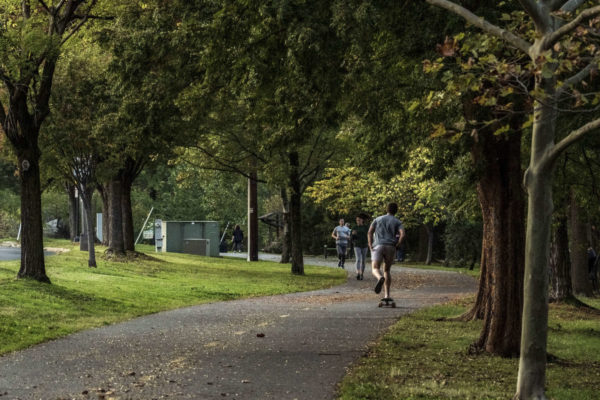 Another APS Sexual Harassment Incident — “The most recent case of sexual harassment being discussed on social media happened at Swanson Middle School. Students told their parents two weeks ago cheerleaders were being called sexual names and having their body parts touched inappropriately during the school day. The Swanson Middle School principal sent out a letter alerting families… Some say that was only revealed after the community caught wind of the incident which makes them now question — how many situations are not brought to light?” [Fox 5]

Two Libraries Reopening on Sundays — “The slow resumption of Arlington library hours continues on Oct. 31, when Central Library and the Columbia Pike branch will resume Sunday service for the first time since the onset of the pandemic. Those two libraries will be open 1 to 5 p.m. on Sundays.” [Sun Gazette]

Tree Falls Near Wakefield HS — “First tree down across a road that we’ve heard during [Tuesday’s] windy weather… This is reportedly at 25th Street S. and S. Dinwiddie Street, a couple of blocks from Wakefield High School.” [Twitter]

Activists Decry Tree Loss from New Homes — “Arlington County Board members say they will take under advisement concerns that a quirk – critics call it a loophole – in the local zoning ordinance encourages developers to clear-cut certain lots to maximize the footprint of new construction out of proportion to surrounding homes. The matter was raised by activist Anne Bodine at the Oct. 16 County Board meeting.” [Sun Gazette]

More Trees to Be Removed from Water Park — “The board voted 5-0 on Oct. 19 to approve modifications to the plan for the waterpark (located at 1601 Crystal Drive and now being rebranded as National Landing Water Park) that will see seven additional trees removed from the site, while one tree that previously had been slated for removal will be retained… Removing these trees ‘is not ideal,’ acknowledged Olivia Sontag of the county government’s Department of Planning, Housing and Community Development, but staff concluded it represents a fair tradeoff for a package that includes the planting of 11 additional buffer trees.” [Sun Gazette]

Chamber to Help Teach Financial Skills — ” The Arlington Chamber of Commerce is proud to announce the launch of a new program to support early childhood education providers in partnership with 20 Degrees. The Early Childhood Financial Resiliency Accelerator focuses on teaching child care providers the business and financial technical skills necessary to maintain and to grow their businesses and on building a community of practice among child care providers. The program will be available at no cost to the participants thanks to support from Presenting Sponsor Amazon as well as the PNC Foundation.” [Arlington Chamber of Commerce]

TV Station Broadcasts from Outdoor Lab — “The Phoebe Hall Knipling Outdoor Laboratory is a 225-acre facility in Fauquier County that provides a natural classroom for Arlington Public School students. The Arlington Outdoor Lab is designed to give Arlington students an opportunity to learn science, outdoor skills, arts, and humanities in a natural setting. Brian van de Graaf takes us to Broad Run, VA for a look.” [WJLA]

Get the Morning Notes four hours early on most days (and get text alerts for urgent stories) by joining the ARLnow Press Club.