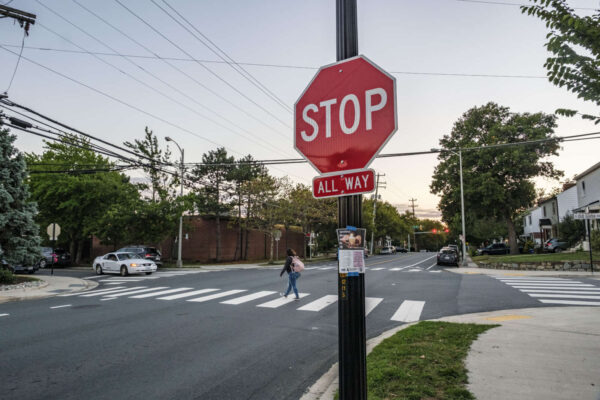 Drunk driving — the alleged reason why a woman was killed in a hit-and-run last month — is on the rise in Arlington.

On Aug. 1, a driver hit Viviana Oxlaj Pérez while she was walking near the Thomas Jefferson Community Center at 3501 2nd Street S. She was treated at the scene and transported to the hospital, where she died.

The Arlington County Police Department arrested Julio David Villazon at his home on Aug. 2 and charged him with involuntary manslaughter, hit and run, driving under the influence and driving on a revoked license.

Driving under the influence is one of the top contributing factors to a “disproportionate” number of critical and fatal crashes in the county, says Dept. of Environmental Services spokeswoman Katie O’Brien. The others are speeding, turning left at an intersection, turning right across bicycle lanes and failing to yield to pedestrians.

Each of these behaviors is being addressed during an ongoing “Critical Crash Mitigation Campaign” through December.

The recent rise in alcohol-related crashes chips away at what had been a broader downward trend in drunk driving. Arlington County Board Chair Katie Cristol attributed this initial decrease to efforts, such as the ACPD Arlington Restaurant Initiative and the Washington Region Alcohol Program, as well as the growing popularity of ride-sharing services — which have been getting more expensive.

“Now, however, national trends are indicating major increases in alcohol-related traffic fatalities during the pandemic (regional data is lagging but reasonable inference suggests our local trends may be similar),” Cristol said in an email to ARLnow. “This indicates to me that there is a greater role for the County Board in public education about the threat that drunk driving poses to our own community.”

Cristol said the most important message she can communicate about last month’s crash is that “there is no safe way to drive drunk.”

“In this situation, the driver was impaired, and there is no ‘safe’ BAC above zero to get behind the wheel. Any intersection or roadway — irrespective of the physical safety improvements, visibility interventions, or other designs to the built environment — is unsafe when a drunk driver is present,” she said.

The DUI is Villazon’s second driving offense within the last 10 years, according to court records. He was previously found guilty of “improper driving” in the Arlington General District Court. Under state code, the misdemeanor charge of reckless driving can be knocked down to improper driving if either the judge or the prosecutor find that the offense was not serious.

His next court date is in February 2023.

The crash that killed Oxlaj Pérez is being examined by a broad swath of local agencies, including Arlington’s transportation staff, the police and fire departments, Arlington’s Dept. of Human Services, Virginia State Police and the County Manager’s office.

“I understand the tragedy that occurred a few weeks ago involved alcohol and likely wouldn’t have been prevented with traffic changes,” said one neighbor, Kelly Cherry-Leigh Davison. “But we have brought up these safety issues numerous times to everyone we can think of and are getting nowhere. I’m worried every day another tragedy is going to occur and we could be preventing it.”

“The County is more willing to provide a permit for a bar to be installed inside of a school zone for five days than they are to provide traffic calming measures for students, pedestrians, and residents in the area,” he said.

Last week, Davison said drivers were going the wrong way on 1st Road S. and making U-turns on Old Glebe Road, blocking the three crosswalks, with “parents trying to a squeeze around the cars that were all stuck in the U-turn vortex.”

Davison says the neighborhood has requested more police enforcement, which has worked before.

“During the first week of school, in the mornings only, there was a motorcycle cop at the end of our road just hanging out and it was amazing the effect it had on drivers,” she said. “No illegal U-turns, everyone slowing down and yielding to pedestrians in the crosswalks.”

“If I were in charge, I would prohibit drop-offs on Old Glebe altogether and limit them to 2nd St (or, you know, kids could actually walk or bike to school),” he wrote.

O’Brien said staff are looking into his second suggestion while collecting more data on traffic during school start and dismissal times.

“Completion of the investigation is anticipated in early November, and any identified safety interventions will be installed as soon as we are able, dependent on materials, weather, and the scope of the interventions,” she said.

That is how Vision Zero — the county’s action plan to eliminate traffic fatalities and injuries — is supposed to work, says Cristol.

She added that the county responded to studies and community concerns regarding the intersection of 2nd Street S. and Old Glebe Road, as well.

The intersection was converted to an all-way stop in 2019 as part of the Fleet Elementary School site plan process, O’Brien said. In 2020, staff re-marked the intersection during a repaving project for improved visibility, emphasizing the crosswalk and pulling back the stop line.

The county recently completed a safety investigation of the intersection, at a resident’s request, citing concerns about the visibility of the stop sign for drivers heading east on 2nd Street S.

“The intersection was found to be properly signed and marked, with no sight distance issues,” O’Brien said.

As for Oxlaj Pérez, she was remembered for her work ethic, generosity and community service.

“By all accounts, Ms. Oxlaj Pérez was a beloved and generous member of not only her family and neighborhood, but also of the APS community and the tight-knit community of Arlingtonians who make the Thomas Jefferson campus and Community Center a particularly special place,” Cristol said.

A fundraiser started by her daughter has netted more than $30,000 since the crash, exceeding the original $25,000 goal and enough to send her Oxlaj Pérez’s body back to her native Guatemala for burial.