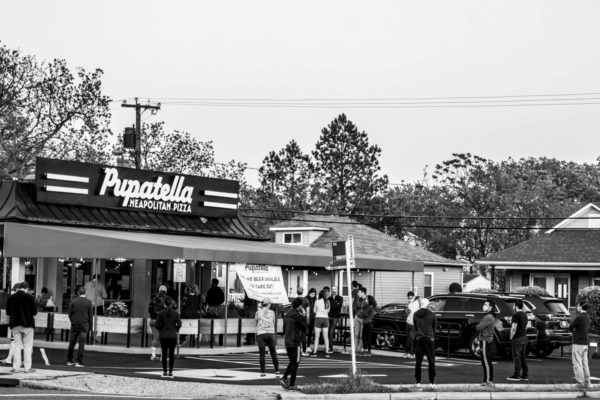 Social Distancing Decline in Arlington? — “On April 20 in Arlington County, Va., nearly half of cellphones that SafeGraph provided data for were staying at home. Over the next couple days in that suburb of Washington, D.C., the number declined to one-third — as low as it was during the middle of March. It has since increased but is still down from its peak.” [NPR]

Masks Now Required at Costco — “Costco has announced new guidelines for its stores and is requiring all customers — age 3 and older — to wear masks before entering stores beginning Monday, May 4.” [MSN]

MU Launches Program for New Economy — “Marymount has launched ‘Upskilling for the What’s Next Economy,’ a unique and comprehensive range of modular graduate certificates and degree qualifications that will provide students with technical, management, entrepreneurial and leadership skills and get them back to work.” [Marymount University]

Most of Foundation’s COVID Funds Exhausted — “Sixty-five Arlington nonprofits have received a total of nearly $800,000 in emergency response support from the Arlington Community Foundation COVID-19 Prompt Response Fund. On Giving Tuesday Now and throughout the week of May 4, the Community Foundation hopes Arlington residents and businesses will help replenish the fund to meet continuing urgent, crisis-related needs.” [Press Release]

Progress on I-66 Sound Walls — “Glad to see @VaDOT making progress on the installation of new noise barrier walls along I-66E in Arlington and Falls Church.” [@HopeforVirginia/Twitter]

School Board Candidates Worry About Accessibility — “Arlington Public Schools needs to do a better job of designing facilities that provide improved accessibility, candidates for School Board say, and should go well beyond consideration of physical disabilities in its design process.” [InsideNova] 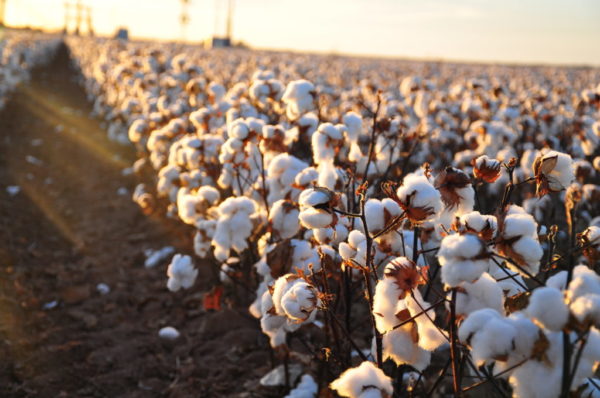 Update at 3 p.m. — Power has been restored to Dominion customers in western Arlington, though more than 1,500 remain without power in the Bailey’s Crossroads area of Fairfax County.

Earlier: Thousands are without power in Arlington Monday afternoon, following a major outage in the western portion of the county.

The outage was first reported around 1 p.m., after a tree fell onto power lines near the intersection of Route 50 and Carlin Springs Road. All told, including an ongoing outage along N. Glebe Road, nearly 2,750 Dominion customers are without power in Arlington.

Numerous trees are down around the area as a result of today’s widespread wind storm.

ACPD is responding to the report of a traffic light outage in the area of S. Carlin Springs Road and Arlington Blvd. With today's High Wind Warning, we may see additional outages. Remember to treat all uncontrolled intersections as a FOUR WAY STOP. pic.twitter.com/T508DkFreH

There is a power outage affecting the neighborhoods of @CampbellAPS, @apscs and @APSKenmore Schools cannot make or receive phone calls at this time. 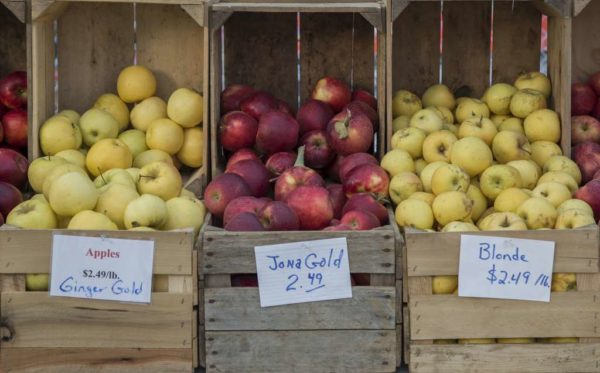 Chase Starts in Arlington, Ends in Alexandria — Arlington County Police spotted a stolen car heading southbound on I-395 yesterday afternoon and initiated a traffic stop. The driver, however, refused to stop and instead fled down the King Street exit. Virginia State Police gave chase down King Street and Braddock Road near Fairlington — Arlington units stayed behind per department policy — and eventually the car was stopped and two people arrested in Alexandria. [Twitter, Twitter]

Va. Square Land Use Changes Considered — The Arlington County Board will hear public comment on and vote on whether to advertised proposed land use changes to several parcels of land near the intersection of Washington Blvd and N. Kirkwood Road in Virginia Square. Citing traffic and building height concerns, some residents have objected to the possibility of a six-story apartment building on part of the site. [InsideNova]

Bad Behavior at Elementary School — Yesterday during afternoon school dismissal, police were called to Campbell Elementary on S. Carlin Springs Road for a report of a driver in the parent pickup line who was “cursing at teachers.” [Twitter]

Fire department personnel were dispatched to the school just after 1:00 p.m. for a report of smoke and an electrical smell. Students and staff were evacuated and spent time in the frigid outdoors while firefighters investigated.

No fire was found at the school, and a mechanical issue was suspected, according to fire department spokeswoman Lt. Sarah Marchegiani. Students and staff were able to reenter an unaffected area of the school once it was determined that there was no fire.

Campbell Students Allowed Back on Bus — Students who were bused to Campbell Elementary School last year but were judged to be in the “walk zone” this year will be allowed back on the bus. Arlington Public Schools made the decision to diverge from its controversial Transportation Modernization Plan after 20 families threatened to pull their children from Campbell and enroll them at their neighborhood school, Carlin Springs Elementary, which is over capacity. [Arlington Mercury]

Fairfax Wants Say in Arlington School Expansion — Officials in Fairfax County want to review and analyze the Arlington Public Schools plan to add 300 middle school students and 600 elementary school students to the Williamsburg Middle School campus, which is near McLean. Fairfax officials are concerned about the traffic impact to McLean neighborhoods. [Sun Gazette]

County Approves New Fiber Optic Contract — On Saturday the Arlington County Board approved a $5.37 million contract to build an additional stage of the ConnectArlington fiber optic network. The fiber optic project approved over the weekend will connect 50 county and school facilities. [Arlington County]

Ballston Restaurant Has ‘Best Wings’ — First Down Sports Bar and Grill, at 4213 N. Fairfax Drive in Ballston, has some of the best wings in the D.C. area, according to the Washington Post’s Going Out Guide. First Down offers some 40 flavors of wings and an all-you-can-eat wing night on Wednesday. [Washington Post]

High School Football Update — Bishop O’Connell’s football squad won its homecoming game against Bishop McNamara on Saturday, by a score of 31-14. Yorktown trounced Falls Church on Friday, with a 48-0 win that brought the school’s record to 8-0. Washington-Lee and the winless Wakefield Warriors both lost Friday night. 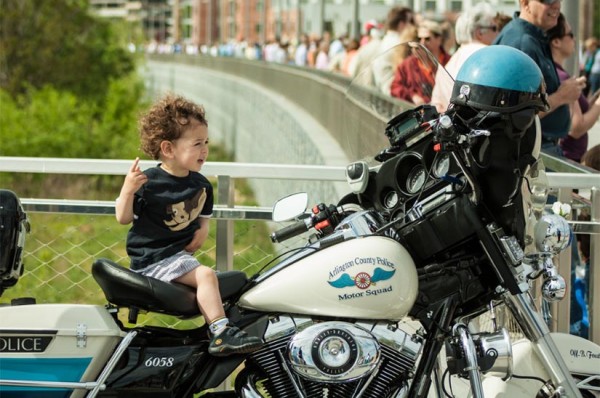 County Honors ‘Notable Trees’ — At the County Board meeting yesterday afternoon, Arlington County announced the nine trees that were chosen this year to be designated as “Notable Trees.” Applause greeted each announcement, which was accompanied by photos the notable trees. “Our commitment to trees is a very real sign of our care for the environment, and this program recognizes residents for being good stewards of these important natural resources,” County Board Chair Mary Hynes said in a statement. [Arlington County]

Wetlands Plan Bogged Down By Red Tape — After six months of fundraisers, parents of students at Campbell Elementary School were looking forward to building a Wetlands Learning Lab on the school’s soggy grounds. Unfortunately, the plan has been held up by numerous county and school system regulations. As a result, more privately-raised funds might be needed to complete the project. [Arlington Mercury]