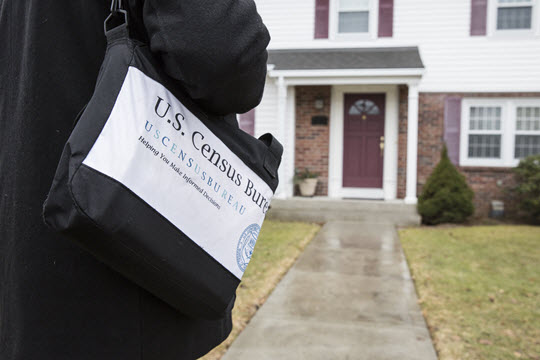 County officials are trying to drum up participation in the next U.S. Census — a year before the feds start surveying and counting.

Arlington has joined other neighboring jurisdictions in creating a group called “Complete Count Committee” tasked with convincing residents to fill out the 2020 Census form when it arrives next April.

Wanda Pierce, a Nauck resident who co-chairs of the committee, said the group is “representative of all different types of organizations, ethnicities, religions, everyone across Arlington, because to reach a lot of the hard-to-count populations, we have to have those members on the committee,” per a press release.

“The U.S. Census Bureau cannot conduct the 2020 Census alone,” the website for the committee reads.

County Board Chair Christian Dorsey also signed a proclamation calling on “the Arlington community to rise up as leaders and partners in this effort to reach 100% participation in the 2020 Census campaign.”

“It’s not enough to want to count everybody,” said County Manager Mark Schwartz at the event. “We’re going to have to go out and tell people that we want to work with them to make sure they are counted.”

Each member of the committee is tasked with recruiting at least 1,000 Arlington residents to take the annual survey, per the committee’s website.

Previously, Principal Planner and co-director of the Arlington County Census 2020 campaign Elizabeth Hardy spoke at a March meeting with the Metropolitan Washington Council of Governments where she noted the county began 2020 census preparations in 2018.

“This time I feel like every resident is in a hard-to-count community,” said Hardy, who worked on the awareness campaign for the 2010 census.

She said there “were a lot of lessons learned” from the 2010 campaign, and that this time around the county planned to share more resources with neighboring jurisdictions.

The census is administered once every ten years by the federal Census Bureau.

Next year’s Census has drawn controversy after Commerce Secretary Wilbur Ross’s decision to collect information about respondents’ about the citizenship status, a largely unprecedented move that’s been criticized by civil rights advocates and defended by President Trump.

The Supreme Court is expected to make a ruling on the citizenship question on April 23.

Every level of government studies the population data gleaned to make funding decisions. The number of people counted also determines how many House of Representative seats each state is awarded. 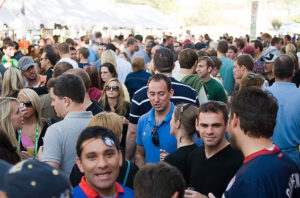 What does Arlington look like? The Census Bureau recently released the results of its 2009 American Community Survey, which provides a one-year estimate of various population trends.

According to the data, Arlington’s population is 217,483 and growing quickly: up 6 percent in just the past two years.

Arlington is slightly more male than female: 51 percent to 49 percent.

As mentioned before, the school-aged population in Arlington is relatively low. The percentage of the population that’s under the age of 18 is 16.4 percent, compared to the national average of 24.3 percent.

Arlington’s population is 17.1 percent Hispanic, 7.7 percent black, 7.9 percent Asian, and 63.6 percent non-Hispanic white. Recent racial trends are all within the margin of error — too slight to accurately measure.

The percentage of people who said they were unemployed more than doubled between 2007 and 2009: 2.5 percent compared to 5.8 percent.

At a community chat hosted by the African American Leadership Council of Arlington Wednesday night, Arlington Public Schools Superintendent Dr. Pat Murphy was asked about the changing demographics of the school population.

According to Dr. Murphy, school administrators have observed the following trends: