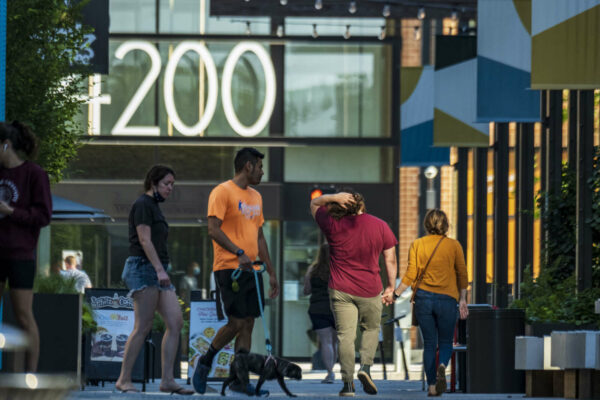 Arlington is denser and more diverse than it was 10 years ago, according to recently-released 2020 Census data.

Meanwhile, the county is more diverse today than it was a decade ago: Arlington’s white population declined by 3,677 people, while the number of Hispanic or Latino, Black, Asian, multiracial and indigenous people all increased. That decade-long change reflects a similar change occurring across the nation that was the subject of a flurry of reports last week.

Now that the data is in, county staff will be reviewing the numbers to see what they mean for Arlington, said Bryna Helfer, the assistant county manager for communications and public engagement. Census data helps the county plan for future needs and services, such as emergency services, schools and transportation, while the federal government uses the demographic information to apportion funding to localities.

“Arlington’s team of demographers in Community Planning and Housing Development will be taking time over the coming weeks and months to learn more about the 2020 Census Data and what it means for Arlington,” Helfer said. “We want to thank the entire community for their participation in the 2020 Census.”

Arlington is the eighth most-populous jurisdiction within the Commonwealth, but among counties in Northern Virginia, Arlington has the smallest population, behind Fairfax, Prince William and Loudoun counties. It is growing faster than Fairfax County and D.C. but slower than Loudoun and Prince William counties.

Much of Arlington’s growth appears to be concentrated in Metro corridors — part of the county’s goal of “smart growth” around transit areas.

One census tract within Ballston appears to have the highest density not only in Arlington, but in the D.C. area, attaining a population density similar to parts of New York City. It comes in at 96,758 people per square mile, comparable to the Upper West Side of Manhattan.

Overall, Arlington has a population of about 9,180 people per square mile.

Behold the four corners at the center of the Washington region's most densely populated census tract: https://t.co/5CBuPUQ1Il pic.twitter.com/Uggzm4c9sq

As the population grew, 13,000 housing units came online in the county. Despite the housing growth, only a handful of census tracts across the county reported fewer than 90% of their housing units as occupied. On average, Arlington has a housing unit vacancy rate of 7.7%.

While that is lower than the state’s vacancy rate of 8.2%, Arlington has a higher vacancy rate than its neighbors — Fairfax, Loudoun and Prince William counties — which have rates between 3 and 3.8%.

The most dramatic increase was in the number of people who identify as multiracial: This population group increased by 18,101 people, or by 233%, and now comprises 10.8% of the population. Following behind them, Asians also leaped in representation, due to a 7,512-person increase. Asians now comprise 11.5% of the population, up from 9.6% in 2010.

The Hispanic or Latino population also made some gains —  an increase of 5,980 people, or 0.6 percentage points.

The county had a vested interest in getting as accurate a count as possible.

“Census data determine how billions of dollars of federal funding are distributed and spent,” Helfer said. “When the population is undercounted, jurisdictions don’t receive the funding needed for vital community services.”

Arlington County receives about $50 million annually from federal assistance programs that rely on data derived from the Decennial Census, Helfer said. Over half of that funding goes to affordable housing vouchers, free and subsidized meals for public schools students, Medicaid and food stamps.

Some funding goes to transportation projects, and previous recipients include the bus stop upgrades on Columbia Pike, improved access to the Rosslyn and Pentagon City Metro stations, and the Ballston multimodal upgrades.

While the data was released last week, the census effort dates back to the spring of 2019, when the county started urging residents to participate and a “Complete Count Committee” was formed. Response rates were above 2010 levels by early spring, although response rates later that season were still low from the western end of Columbia Pike and throughout Crystal City.

In the summer, when then-President Donald Trump moved to exclude undocumented immigrants from the count, County Board members voted unanimously to join other localities in a lawsuit against him.

By October 2020, virtually everyone was counted, according to County Board Vice-Chair Katie Cristol.

You did it, Arlington County: With the Census Count completing on October 15th, 99.98% of Arlington was officially counted. Thank you to our Complete Count Committee for your tireless, infectious enthusiasm for ensuring that everyone counts! https://t.co/tlX3fg4ZjQ