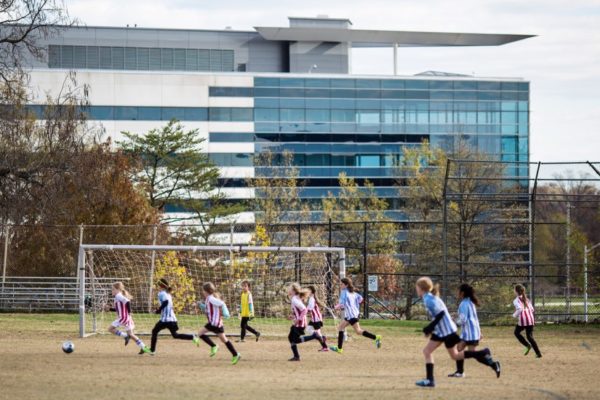 Murder Victim Feared Her Estranged Husband — Bonnie Black, who was found dead in her home in the Aurora Highlands neighborhood on April 17, feared her estranged husband, court documents show. After months of continuing to live in the neighborhood a free man during the investigation, David Black is now in jail, charged with murder. [NBC Washington]

Wakefield, W-L Fall in Football Playoffs — The playoff runs for the Wakefield and Washington-Lee high school football teams have ended early. Wakefield could’t hang on to a 6-0 lead at halftime, falling to Potomac Falls 21-6, while W-L lost 44-20 to Westfield. [InsideNova, Washington Post]

Arlington Wants I-66 Widening Delayed — This week the Arlington County Board is scheduled to decide its position on the plan for tolling on I-66. At its Saturday meeting the Board made clear that it wants to delay the widening of the highway as long as possible. Meanwhile, responding to questions from county officials, VDOT says it’s not able to fully enforce existing HOV restrictions on I-66 because the enforcement causes significant traffic delays. Nearly half of the clogged rush hour traffic on I-66 is believed to be HOV rule breakers. [WTOP, WTOP]

Historic House for Sale — A 145-year-old house known as “The Hill” is now for sale in Arlington’s Old Glebe neighborhood. Originally a summer home for a prominent D.C. family, the four-bedroom house is on the market for $1,568,000. [Preservation Arlington] 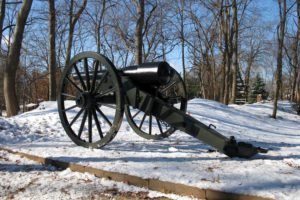 Police are investigating the death of an 87-year-old resident of Arlington’s Old Glebe neighborhood.

The body was discovered at 10:17 a.m. on October 13, 2012 inside his residence in the 3700 block of N. Wakefield Street by a family member. The investigation is ongoing at this time.

The man has been identified as Mack L. Wood, 87, of Arlington, VA.

As of 9:00 a.m., Arlington County Police spokesman Dustin Sternbeck told ARLnow.com that he did not have any additional information about the incident. 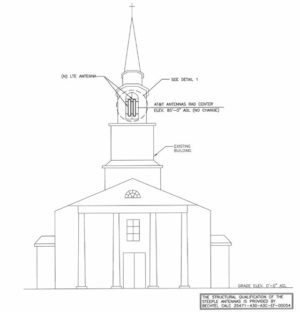 County staff is recommending that the County Board approve AT&T’s request to put new cell phone antennas in a pair of North Arlington church steeples.

Last month the company went before the board to request permission to replace older antennas and equipment at 15 existing cell sites around the county. The equipment will allow AT&T to offer high speed ‘Long Term Evolution’ (LTE) data service to cell phone customers in Arlington. The board approved the replacement at 13 of the sites, but withdrew two for further consideration after a number of neighbors voiced opposition.

The two sites in question are both churches: the Westover Baptist Church (1125 Patrick Henry Drive) and Walker Chapel United Methodist Church (4102 N. Old Glebe Road). AT&T already has cell phone antennas in the steeples of both churches, but neighbors objected to what they saw as the possible health risks of the new antennas. Those opposing antennas at Walker Chapel also cited the historic nature of the 140-year-old church, even though the building itself is just over 50 years old.

Ultimately, county staff sided with AT&T, which argued that the new antennas will not be substantially heavier than the existing antennas — thus posing no anticipated structural problems — and will remain compliant with FCC regulations regarding radio frequency exposure.

“AT&T will contribute less than five percent of the maximum permissible exposure allowed,” staff wrote in the board report. The company agreed to annual, independent electromagnetic emission tests at all 15 sites to ensure compliance.

Last week’s revelation that the World Health Organization now considers cell phone use to be “possibly carcinogenic to humans,” however, will likely only serve to increase the resolve of antenna opponents. Even if the County Board wanted to decide the matter on the basis of health concerns, however, it is legally prohibited from doing so. According to the board report, federal law “prohibits localities from basing decisions on the environmental effects of radio frequency emissions if the facility complies with FCC regulations.”

The board is scheduled to consider the cell antenna requests on Saturday.