(Updated at 2:50 p.m.) Washington-Liberty High School was on lockdown this morning after the school received a call stating that a shooter was inside the building.

ARLnow received more than a dozen tips, some from parents of students, about the incident at 1301 N. Stafford Street. School staff say students have been moved to a safe location; ARLnow hears that several dozen students sheltered in place inside the school.

“We received an anonymous call this morning during arrivals claiming that there was a shooter in the building,” W-L Principal Tony Hall said in a message to staff and families. “While there is no evidence of an immediate threat, we immediately locked the building down and notified the Arlington County Police Department.”

“All students are in a secure location,” Hall added. “Students arriving have been temporarily moved to a safe location offsite while the ACPD conduct their investigation.”

SWAT teams searched the building while other officers directed traffic, including numerous school buses left without a place to go.

“Just prior to 8 a.m., police received the report of a possible active shooter at Washington and Liberty High School,” said police department Ashley Savage. “Arlington Public Schools placed the school on lockdown. Responding officers have not located evidence of a shooting nor any victims. Police are conducting a search of the building.”

Just before 10 a.m., Arlington County police said the “all clear” has been given and that there is “no apparent ongoing threat.”

Many students were evacuated to the Buck site across N. Quincy Street from the school and then to a nearby park. A student described confusion among students during the evacuation, though in a video shared with ARLnow students appeared to remain calm.

“There was just one teacher and one substitute handling a crowd of ~1,000 students as we marched to the park,” said Aaron, a W-L student. “After that, students began to disperse, walking/running to the subway, the library, the baseball field, etc. Some students began crying, others were scared, some were glad they could skip school.”

Around 10:15 a.m., Arlington Public Schools announced that school at W-L has been cancelled today:

Police are still investigating the anonymous report of a shooter inside the school this morning. There has been no evidence of an immediate threat. As a safety precaution, W-L is cancelling school for today, October 6. Walkers have been dismissed. Students who drove their cars cannot access their vehicles until the investigation is complete. Bus riders are being picked up and taken home now. Anyone who is a car rider or who needs to be picked up will be taken to Dorothy Hamm Middle School where parents can pick them up beginning at 10:30 a.m. W-L students at the Career Center will be dropped off at their bus stops. An update will be shared with the community when the investigation is complete, and we will provide the status for tomorrow.

Asked about a possible link between the “shooter” phone call and a subsequent shooting at a high school in Arlington, Texas, which injured at least four people, Savage said there’s no evidence of a connection thus far.

“The preliminary investigation has not revealed a link to any other cases, however, this remains an open and active investigation,” Savage told ARLnow.

In a letter to students and parents Wednesday afternoon, Hall said the school will “open on time and resume our normal schedule tomorrow, Oct. 7.”

“There will be additional police presence at school tomorrow,” the principal added. 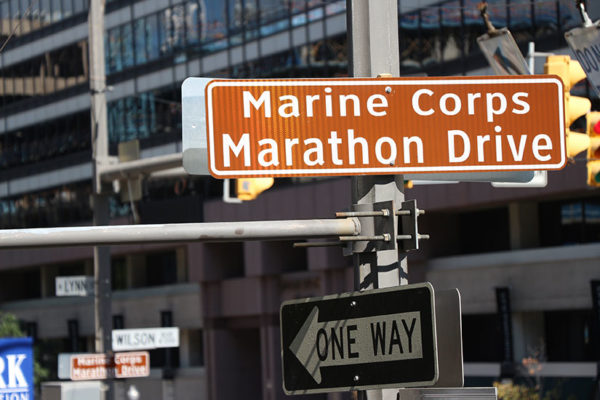 ICE Detainer for Sexual Assault Suspect — U.S. Immigration and Customs Enforcement has placed a detainer on Melvin Bonilla, the suspect in a string of sexual assaults in Arlington. Bonilla was arrested by Arlington County Police yesterday morning. [Fox 5]

Opposition to Homeless Shelter Winds Down — With Arlington’s new Homeless Services Center now open across from police headquarters in Courthouse, nearby residents are apparently starting to acquiesce to their new neighbor. Reports “Our Man in Arlington” columnist Charlie Clark: “Many neighbors in condos alongside the Courthouse building at 2020 N. 14th St. have rethought their opposition.” [Falls Church News-Press]

Lockdown Drills for Pre-K Students — An Arlington Pre-K teacher reflects on having her students participate in lockdown drills, which would be used in the event of an active shooting situation. The drills are now routine in Arlington elementary schools, the teacher says. [Washington Post]

Three men are in custody after an armed robbery, assault and handgun brandishing on the Custis Trail, according to Arlington County Police.

A jogger was robbed by the men around 12:30 p.m. on the trail near the Glebe Road bridge over I-66, according to ACPD spokesman Dustin Sternbeck. The victim struggled and was struck in the head — possibly with a pistol.

The men took a GPS watch and sunglasses and fled down the trail, Sternbeck said. A short time later, another trail user told police that one of the men pointed a silver handgun in his direction when he passed by.

Police notified Arlington Public Schools of the robbery and three nearby schools — Washington-Lee High School, Arlington Traditional School and Glebe Elementary — were placed in a secured state. Based on that initial notification from ACPD, an email alert sent to parents erroneously reported a shooting.

This afternoon, the Arlington County Police notified us of a robbery of a jogger that occurred on a nearby bike path. The report we received said that the incident also involved a shooting. As a precaution, we have secured the school building and all students are being kept inside.

Three men were apprehended outside the Ballston Metro station around 1:30 p.m., Sternbeck said. A handgun was recovered. The men are now being questioned by police.

“It was great police work… getting these individuals off the street,” Sternbeck said.

The robbery victim is currently being evaluated for injuries at Virginia Hospital Center.

Thomas Jefferson Elementary School in Falls Church was locked down around 9:30 this morning after a jogger told police she saw a man with an assault weapon in the area.

The man was wearing camouflage, a utility belt and a helmet, the woman said.  Falls Church police officers searched the school and the neighborhood but did not find anyone matching the description. The scene has since been cleared, according to city spokesperson Hyun June.

About 124 summer school students, teachers and staff, along with a daycare program, were inside the school at the time.

Update at 12:15 p.m. — Police believe the man, who still hasn’t been located, was carrying an airsoft gun or a paintball gun. He’s described as a white male in his twenties.