A large tree has fallen across a residential street near Gunston Middle School, bringing down utility lines and damaging a parked car.

The tree fell around noon, amid gusty winds. No injuries were reported.

Numerous crews from Arlington County and Comcast are on scene, preparing to remove the tree and repair the lines and snapped utility poles.

The Arlington County Police Department warns that scam artists have been targeting residents around the county, claiming to be employees of Dominion Power.

Scam artists have been calling Arlington residents, claiming to be utility bill collectors, according to police. They often become aggressive on the phone and demand payment for outstanding bills. The scammers have also threatened to cut off service altogether if immediate payment is not provided over the phone. They ask the victim to set up a pre-paid debit card so funds can be loaded onto it and accessed over the phone.

In the past, many utility scams police came across involved minority or elderly residents. This one, however, appears to target small businesses. Since the beginning of the year, police have investigated 21 instances of this scam in Arlington, nine of which occurred just in the past month.

The scammers have been requesting various amounts of money ranging from a couple hundred dollars to several thousand, police say. Although most of the victims refused to pay and contacted police, a few did hand over money.

Police remind residents never to provide personal information to people over the phone, including bank account numbers, credit card info and social security numbers. If you receive a call from someone claiming to work for a utility or another business, attempt to verify the individual’s identity by calling the service number on your utility bill or on the company’s website. Do not attempt to call phone numbers a caller may offer, because the number will often ring to another scam artist.

Do not rely on your caller I.D. to verify suspicious calls, because scammers can alter phone numbers to appear like they belong to a utility company. Legitimate utility companies will not attempt to pressure customers into making a snap decision or an immediate payment.

If you receive a call you believe is a scam, hang up and call the Arlington County Police non-emergency number at 703-228-2222 to file a police report.

Fraudsters are calling Arlington residents, claiming to be representatives of a utility company, and demanding money for supposed unpaid bills. From a police press release:

Since the beginning of March, over two dozen Arlington County residents have become victims of a utility scam. Victims in these cases have received phone calls from individuals posing as utility company employees. The caller states that the victim has failed to pay utility bills and has an outstanding balance, threatening to shut off the utility services if a payment is not made immediately. Arlington County cases alone have resulted in losses ranging from $200-$1,000.

After making a verification call, if you find that you were a victim of a scam or were a target, please file an online police report… or call the non emergency police line at 703.558.2222. 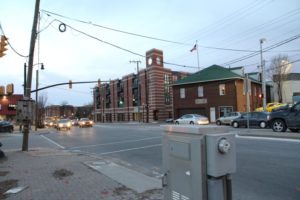 The Arlington County Board has approved a $1.2 million contract to finish the utility undergrounding effort along Lee Highway, as part of the Cherrydale Lee Highway Revitalization Project.

The contract for the final phase of the ongoing effort was awarded to Trafford Corporation. The first phase of the project, which includes removing overhead electrical lines from I-66 to N. Monroe St, is in its final stages.

When the project is finished late next year, Lee Highway will no longer have power lines dangling overhead from I-66 to N. Quincy St. This is one of the first utility undergrounding projects the County has undertaken. 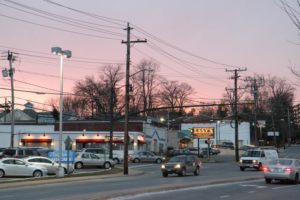 This part of the neighborhood revitalization project has been in the works for years and has suffered from numerous delays. Some of the challenges have included avoiding interference with existing utilities under the roadway, working around private properties, and dealing with unforeseen circumstances such as utility crews being sent to deal with the aftermath of Hurricane Irene.

Following the completion of the undergrounding, the County plans to go forward with the remainder of the Cherrydale Lee Highway Revitalization Project. That involves restarting the planning and construction on other aesthetic and pedestrian safety improvements. Right now, that’s anticipated to be finished sometime in 2014.