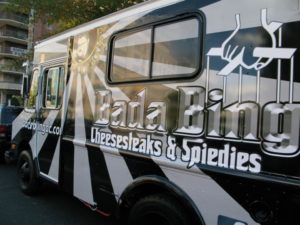 It’s been a while since we did a blind item, but this one was too ridiculous to pass up.

Which Rosslyn and Crystal City businesses have been calling the police on the new Bada Bing sandwich truck? Cops have shown up at the truck at least eight times since it launched just over a month ago, we hear.

Officers show up, dutifully check out the truck’s license and examine whether it’s parked legally, and inevitably leave without finding a violation.

Two businesses in particular have been very proactive about calling the cops when Bada Bing shows up in their neighborhood.

“It happens at those two locations pretty much every time we go there, sometimes multiple times per day,” said Bada Bing owner Nicholas Terzella