(Updated at 4:35 p.m.) Arlington’s legislative agenda is in danger as the county faces a backlash in Richmond over its controversial HOT lanes lawsuit.

The lawsuit, which has thus far cost the county about $1.5 million in legal fees, was filed in order to block VDOT’s plan to build High Occupancy Toll lanes on I-395. The suit has been ruffling feathers in Richmond ever since, but on Wednesday it came back to bite the county on a key legislative priority.

Why, he asked, can’t the county use the money it has been spending on the lawsuit to promote tourism?

“If they’ve got so much money for silly, abusive, intimidating, frivolous lawsuits like this, then they obviously have plenty of cash in Arlington and don’t need this tax reauthorized,” Hugo said. 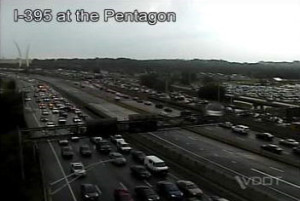 Hugo said he objected to the suit generally as a supporter of the HOT lanes project, but he objects specifically to the fact that the county is suing two officials — Federal Highway Administration Administrator Victor Mendez and former Virginia Transportation Secretary Pierce Homer — in their personal capacity, instead of in their professional capacity.

Hugo said he “would like to hear from Arlington personally” about the suit. As for the bill, Hugo said he wanted to table it — essentially killing it — but instead decided to wait to see if he hears back from county officials.

The bill “may or may not come up in a week or two,” he said.

Arlington Chamber of Commerce President Rich Doud, who was at the subcommittee meeting to support the bill on behalf of Arlington’s hotels, said Hugo’s action was indicative of the difficult political climate for Democrat-heavy Arlington in Republican-dominated Richmond.

“I think the bottom line is that it’s going to be an uphill year,” said Doud. “The sense that I got… is that the rest of the Commonwealth is not real enamored with what they consider heavy-handedness on the part of the county board.”

Doud called the HOT lanes suit “ill-conceived,” but said he hopes other bills that might benefit Arlington businesses will not be held up as a result.

“Please don’t hold the business community hostage for ill-taken actions by the county itself,” he said.

So far, we haven’t heard back from Del. Brink or the county board on the issue. But it will likely be hard for Hugo and County Board Chairman Chris Zimmerman to find common ground.

“I think Chris Zimmerman is a thug and that’s on the record,” the blog Not Larry Sabato quoted Hugo as saying yesterday.

Zimmerman, meanwhile, wasn’t enthusiastic about pursuing the hotel tax surcharge to begin with.

“Should this be one of the things we expend political capital on?” he asked at a county work session in December.

How would Hugo respond to someone who says the state legislature shouldn’t let politics interfere with local affairs?

“We have a Dillon Rule… that’s the constitution of the Commonwealth of Virginia,” he said. “Just because they go to the state for approval doesn’t mean we have to approve everything.”

As for Arlington’s other legislative priorities?

“We’ll look at everything,” Hugo said.