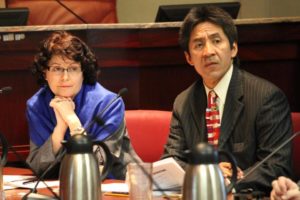 Under the proposed budget, the real estate tax would remain steady at 95.8 cents per $100. The 95.8 cent rate was approved by the board last year after Donnellan, then the acting county manager, proposed a rate of 94.2 cents.

Arlington is benefiting from a 6.3 percent hike in assessed property values, which is expected to bring in an additional $30 million in tax revenue for the county. In September, when the county was expecting a smaller increase in assessments, then-County Manager Michael Brown warned that tax hikes and spending cuts might be necessary. Neither prediction is coming to fruition under the Donnellan’s proposed budget. 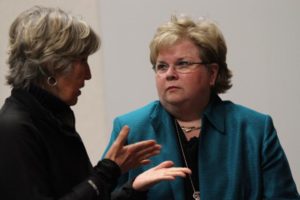 The budget does include a 25 cent per hour hike in parking rates. There will be no increase, however, in the personal property tax, the business tangible property tax, business and professional license fees or the commercial transportation tax.

Total county expenditures under the proposed budget will reach $985.2 million, a 3.1 percent increase over last year. The primary source of the increase is the budget transfer to the school system, which will rise 4.9 percent to $378.2 million.

If the proposed budget is adopted by the board as-is, the total tax and fee burden on Arlington households would increase $89, or 1.4 percent, to $6,487 per year.

The proposed budget will be made available on the county’s web site on Saturday. The board will adopt the final FY 2012 budget in April.