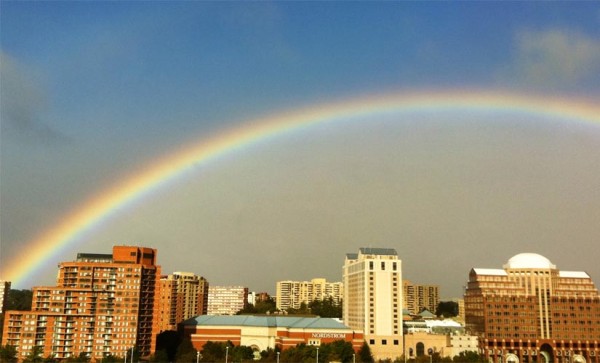 Penzance Buys Another Arlington Building — Local real estate firm Penzance is upping its investment in Arlington. The company just closed a multimillion dollar deal to buy a 7-story office building at 1555 Wilson Boulevard in Rosslyn. The building, which houses tenants like the Washington Business Journal and George Washington University, is across from another Penzance-owned building at 1500 Wilson Boulevard. Penzance plans to renovate the 1500 Wilson Property, while at the same time moving forward with plans to build a large new office building in Clarendon. [CityBiz Real Estate]

AHC Pays Back Loan, Expands to P.G. Co. — Nonprofit, Arlington-based affordable housing developer AHC Inc. has repaid the remaining principal and interest on a $1.5 million loan it received from Arlington County in 1994. The loan was used to buy the Harvey Hall Apartments, a 116-unit affordable apartment complex in Columbia Heights West. AHC was able to repay Arlington the remaining $717,167 on the loan thanks to a refinancing. Meanwhile, AHC is planning to expand its service area to Prince George’s County, Md. [AHC Inc., CityBiz Real Estate]

Groundbreaking for Crystal City ‘Gateway’ Project — The Crystal City Business Improvement District broke ground on a $300,000 project that will beautify a triangular lot that serves as the southern gateway to Crystal City. “It’s part of a larger effort to replace the concrete neo-brutalism [architecture of Crystal City] with modern glass and steel,” writes reporter Michael Lee Pope. A revamped northern gateway is also in the works. [WAMU]

END_OF_DOCUMENT_TOKEN_TO_BE_REPLACED

More Stories
Pizzeria Eschews Groupon, Offers Own Half-Off DealMorning Poll: Which Mobile Phone Do You Use?