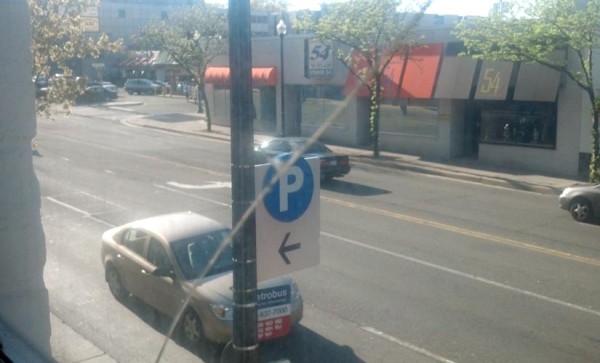 Contractor Chosen for New Ballston Apt. Tower — KBR Building Group has been tapped to build “The Place at Founders Square,” a new 17-story, mixed-use residential tower at 4000 Wilson Boulevard. Construction is expected to wrap up by the end of 2013. [CityBiz Real Estate]

Construction Update on Rosslyn Office Building — Construction on 1812 N. Moore Street, a 35-story behemoth in Rosslyn that will be the region’s tallest building upon completion, has topped the construction pit and reached surface level. [DC Metrocentric]

Multimedia Tools Available at Library ‘Lab’ — Next month Arlington Central Library will be launching a temporary “lab” on the first floor that will provide do-it-yourself multimedia creation tools. The Digital Projects Lab, as it will be called, will be open 20 hours per week and will have digital tools like Photoshop, Flash, Illustrator, InDesign, Dreamweaver, Fireworks, Final Cut Pro, Audacity and iMovie. The lab will be powered by MacBook computers and will also have a video camera, microphone, large color printer, film/photo scanner and Wacom Intuos 3 tablet. [Arlington Public Library]

Arlington GOP Doesn’t Rule Out Nov. Run — Arlington Republicans say they’re trying to recruit a candidate to take on newly-elected Democratic County Board member Libby Garvey in November. A Republican County Board candidate would face very steep odds, as the presidential election is expected to drive Arlington Democrats to the polls in droves. No Democratic candidate filed to challenge Garvey for the nomination before last night’s filing deadline. [Washington Post]