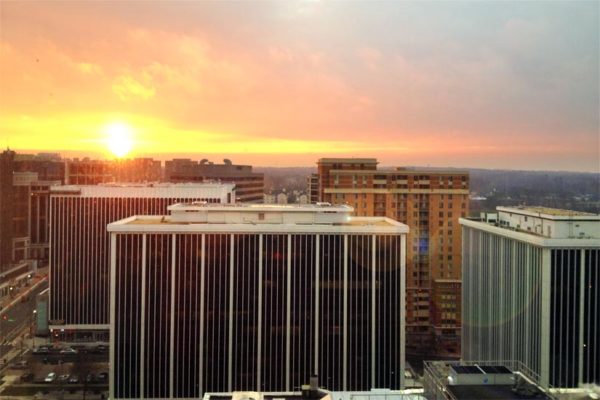 New Metro Station in Rosslyn? — As part of Metro’s “Momentum” plan to revamp and expand the aging transit system, the agency has proposed building a new station in Rosslyn. Greater Greater Washington expounds upon that plan and examines the possibility of splitting the Blue Line at Rosslyn, building a separate Blue Line station, and running the line separately across the Potomac and into Georgetown. [Greater Greater Washington]

Metro Cell Phone Installation Delayed — Metro’s effort to enable cell phone service in its tunnels has hit a snag: after the contractor performing the work filed for Chapter 11 bankruptcy. It could be 2016 before riders are able to use their cell phones in Metro tunnels. [Washington Examiner]