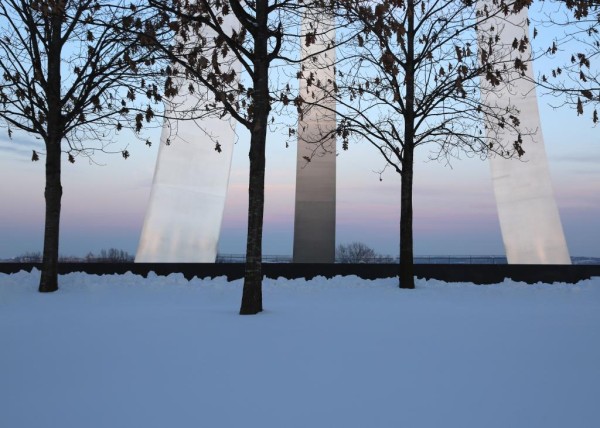 Police Investigating Apartment Break-In, Fire — A man has been arrested and accused of breaking into his ex-girlfriend’s apartment and starting a small fire. The incident happened on the 1200 block of S. Scott Street, just off of Columbia Pike, Monday morning. [Washington Post]

Arlington Trying to Keep TSA — After losing the National Science Foundation and the Fish and Wildlife Service to Alexandria, Arlington County officials are stepping up their efforts to keep the Transportation Service Administration. The TSA currently has offices in Pentagon City, but at least one office owner is trying to lure the agency to Alexandria. [Washington Business Journal]

Name Chosen for New Park — The future, 8,000 square foot park next to the new Gables North Rolfe apartment complex, which is expected to be approved by the County Board this weekend, now has a name. Various community groups and county commissions have approved “Three Oaks Park” as the park’s name, in honor of the three large trees on the site. [InsideNova]

Building Over I-66 Would be Pricey — A new report has found that building office and apartment buildings over I-66 in Rosslyn would be expensive, but might eventually be worth considering. As much as 2.5 million square feet of new development could be possible by decking over open-air portions of the highway around Rosslyn. [Washington Business Journal]

‘How Arlington Are You?’ Quiz — A questionable, 10-question web quiz on the website of a Crystal City apartment building attempts to answer the question, “how Arlington are you?” Questions include “how many people do you know who work in the defense industry?” and “how often do you go to Starbucks?” [Crystal Square]