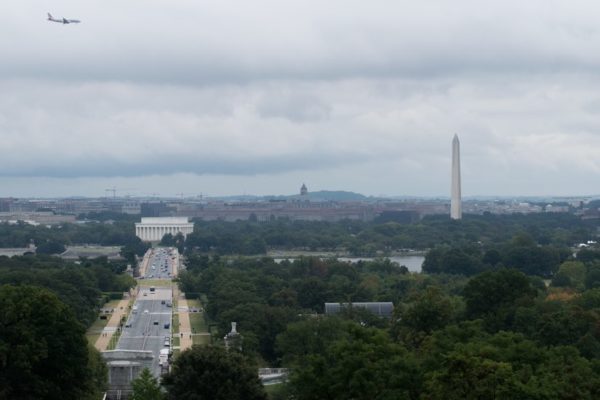 Board Candidates Debate, Find Agreement — Updated at 12:30 p.m. — The four candidates for Arlington County Board participated in a candidates forum organized by the Arlington Forest Civic Association last night. The candidates found agreement on two notable issue: affordable housing shouldn’t be built on parkland — or, at least, certain parkland — and county property taxes shouldn’t be raised at this time. [Washington Post]

JPod Meeting on the Pike — The man behind a proposal to bring a monorail-like pod transportation system to Columbia Pike made his case to residents and to County Board Vice Chairman Walter Tejada at the Walter Reed Community Center last night. There are still several potential deal-breaking questions about the feasibility of the proposal. [InsideNova]

Teachers Training on Digital Devices — Arlington Public Schools continues to train teachers and educate parents about the use of digital devices like iPads and MacBooks in schools. APS is continuing its rollout of “personalized” devices, with the goal of each student having their own device. [Arlington Public Schools]

Exercise Helped Real-World Response at VHC — Arlington County says that an emergency response exercise at Virginia Hospital Center two years ago greatly helped the real-world response to a fire at the hospital last week. Evacuations of patients went smoothly and no one was hurt. [Arlington County]

Another South Arlington School Site Identified — A county working group is continuing its effort to identify a preferred site for a new elementary school in South Arlington, to be built by 2019, but in the meantime the group has identified a potential future school site. The South Arlington Working Group says a school could be built by 2024 on parcels of land that currently include the Aurora Hills Community Center, Virginia Highlands Park and a portion of the RiverHouse apartment complex. [InsideNova]