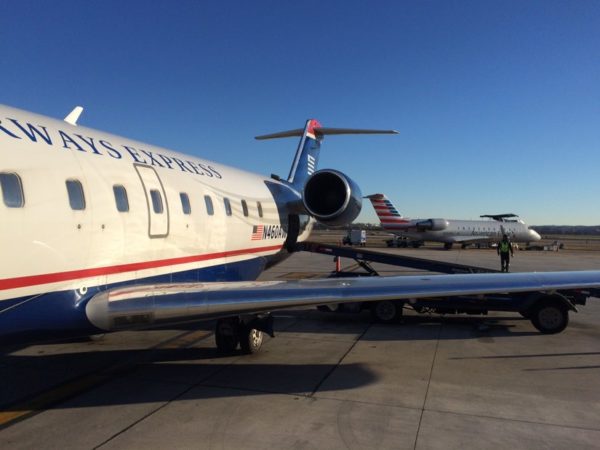 Shortest Day of the Year — Today is the shortest day of the year. The sun will be up just 9 hours and 26 minutes today, so enjoy the daylight while it lasts. Tonight is the winter solstice. [Capital Weather Gang]

Two Big Crystal City Projects on Hold — Two projects to replace aging office buildings in Crystal City are on hold due to high office vacancy in the region. Vornado was planning to replace 1851 S. Bell Street with what would have been the tallest building in Crystal City and the largest private office building in Arlington. The company was also planning to replace 223 23rd Street S. with an office and a residential tower. Those have both reportedly been shelved due to market conditions. [Washington Business Journal]

Police Play Cornhole With Bar Crawlers — Nearly 2,000 people flocked to Clarendon on Saturday for the inaugural Candy Cane Crawl, a holiday-themed bar crawl. Arlington County Police used the occasion to educate bar-goers about the dangers of drunk driving, by having people try to play cornhole while wearing “drunk goggles.” [WUSA 9]

Mary Slye Obituary — Mary Patricia Slye, who managed Robert Slye Electronics on Washington Blvd in Virginia Square, died last month of a heart attack at the age of 65. Slye was an Arlington resident and began working at the audio visual installation business in the mid-1980s. [Washington Post]