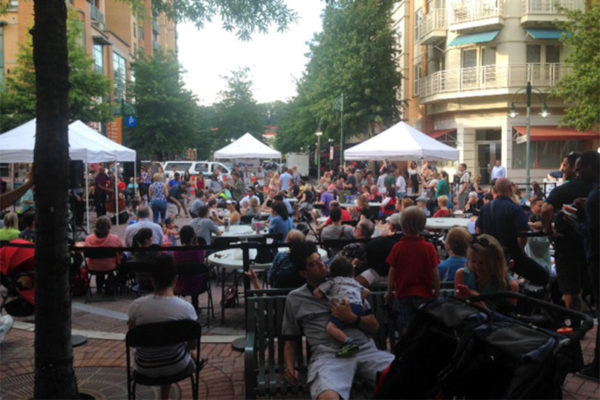 Ceremony for W-L Grad Killed in WW2 — A special ceremony will be held today at Arlington National Cemetery to honor the memory of Merrill Walter Hoover, a star athlete at Washington-Lee High School who was killed while serving in the Coast Guard during World War II. Hoover’s body was never found following a ship collision in which he worked selflessly to save his shipmates. [Falls Church News-Press]

Worker Rescued in Crystal City — On Saturday, a worker whose lift platform became stuck 30 feet in the air in Crystal City was rescued by Arlington County firefighters. [Twitter]

More on Applebee’s Ballston Plans — Applebees is opening in Ballston with a “new, urban-focused design.” Why Ballston? “There are lot of Millennials in the area, and it’s an area that has a lot of office buildings as well as residential,” a company spokesman said, as quoted in a 1,070 word magazine article about the restaurant’s Ballston plans. [Arlington Magazine]