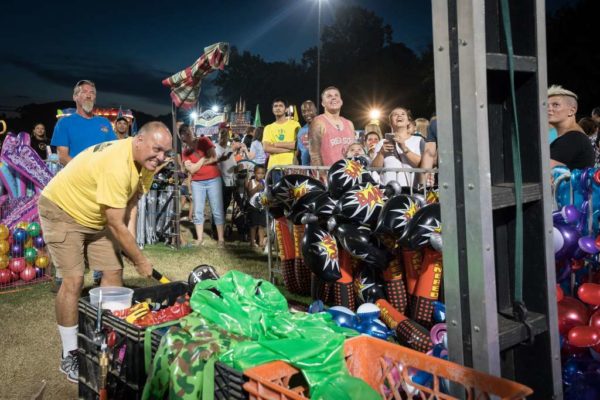 APS Testing for Lead in Pipes — Arlington Public Schools has been testing systemwide for lead in pipes. Already, the school system has replaced a water fountain in Jamestown Elementary School found to have lead levels above a level considered safe by the state health department. [InsideNova]

Bayou Bakery Raising Money for Flooding Victims — Bayou Bakery in Courthouse is raising money for Louisiana flooding victims. The restaurant is offering a special Shrimp Creole appetizer for $9 this week; half the proceeds from that dish will benefit flood victims, including chef/owner David Guas’ own aunt, whose home in Abbeville, LA flooded with two feet of water. [Bayou Bakery]

Arlington Names New Communications Director — Dr. Bryna Helfer has been named Arlington County’s new Director of Communications and Public Engagement. She joins county government from the federal government. “Helfer currently serves as Deputy Assistant Secretary for Public Engagement at the U.S. Department of Transportation and also serves as Senior Advisor to the Secretary on Accessibility and Workforce,” a press release notes. [Arlington County]