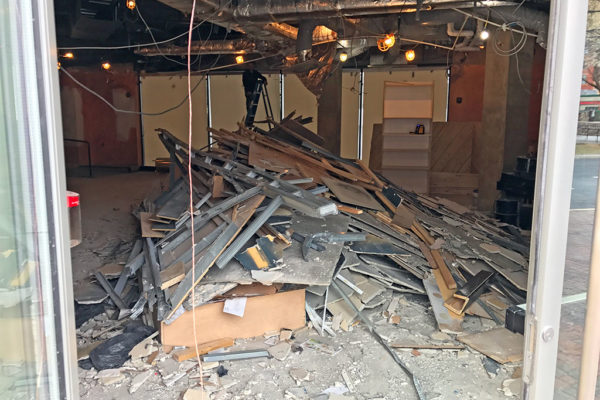 Resident Helps ACPD Arrest Break-in Suspects — On Saturday an Arlington resident spotted a group of people breaking into car and immediately called 911, leading to the arrest of three juvenile suspects. Police say such cooperation from the community can help them fight crime. Over the weekend more than 30 vehicles were “entered and rummaged through” in Arlington. [Facebook]

Spotlight on Uyghur Cuisine — Crystal City’s Queen Amannisa is one of three restaurants serving Uyghur cuisine — with its mix of Chinese, Central Asian and Middle Eastern influences — in the D.C. area. Uyghur “is going to be the next big thing in the United States,” said a partner in the restaurant. [Washington Post]

Chick-fil-A Coming to DCA — A new Chick-fil-A restaurant is coming to Terminal C at Reagan National Airport, in the former Cosi space. [PoPville]

END_OF_DOCUMENT_TOKEN_TO_BE_REPLACED

More Stories
Bistro 360: Adventurous, Creative Dining from Around the WorldResident Barricaded Herself in Bedroom As Knife-Wielding Burglar Tried to Get In