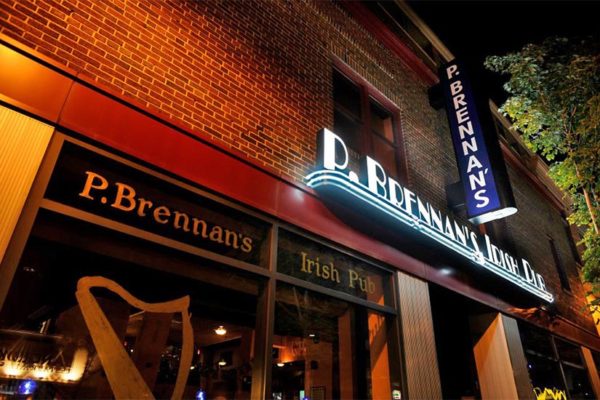 It’s the end of the road for P. Brennan’s Irish Pub and Restaurant at 2910 Columbia Pike.

The cavernous local pub will shutter after closing on Friday. Owner Brian Dolphin, who also owned the ill-fated McGinty’s near Potomac Yard, says P. Brennan’s “did pretty well” by staying in business for seven years, but never made much money.

“It never kicked off to the extent we thought it would,” Dolphin told ARLnow.com Thursday morning. He said P. Brennan’s liquor license expires after March 31 and he chose not to renew it.

Also contributing to the bar’s demise: its large size — “too big,” Dolphin said, in retrospect — and the cancellation of the Columbia Pike streetcar, which seemed to deflate some of the excitement and prospects for change along the Pike.

“Things went south on us a bit and never picked up,” said Dolphin regarding the aftermath of the cancellation.

Nothing out of the ordinary is planned for P. Brennan’s last day tomorrow, but Dolphin said he expects that many long-time patrons will be there enjoying a pint or two.