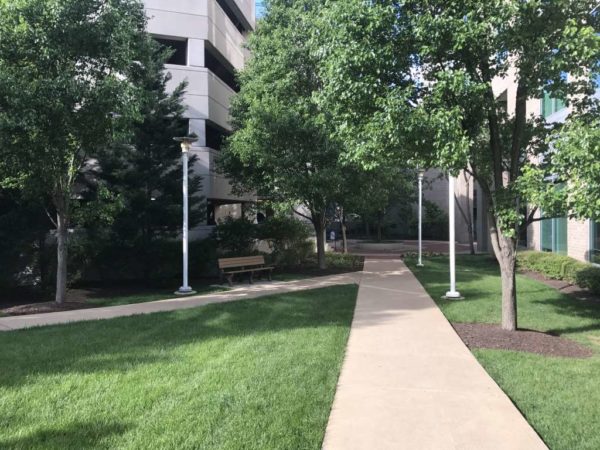 Two Arrested After Fleeing Traffic Stop — Two suspects were arrested by Arlington County Police earlier this morning after they took off on foot following a traffic stop in Pentagon City. Army Navy Drive was closed between Fern and Eads streets while officers on the ground and the U.S. Park Police helicopter searched for the suspects. [NBC Washington, Twitter]

Barcroft Fitness Room Closing — The fitness room in the Barcroft Sport and Fitness Center is scheduled to be closed between May 15 and this fall due to planned renovations.

PreCheck RV Coming to Crystal City — A TSA PreCheck mobile enrollment station will be parked at two different locations in Crystal City during the last two full weeks in May. The RV will be open weekdays; walk-ins are welcome but reservations can be made online. [WTOP]

Closing the Achievement Gap — The head of the Civic Coalition for Minority Children says lagging standardized test scores among African-American and Latino students in Arlington Public Schools can “be traced to disparities in teaching literacy to young children.” [InsideNova]