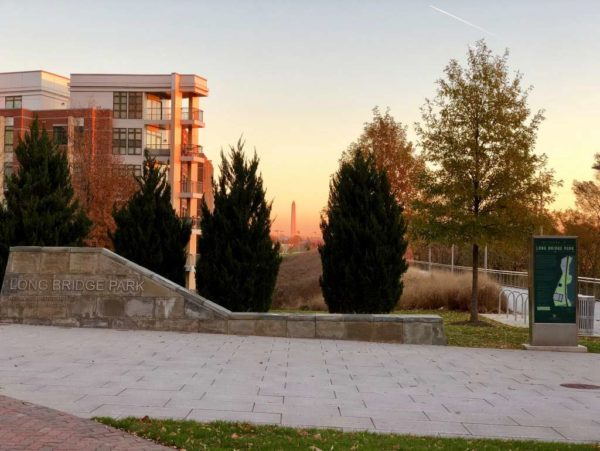 Hot Item for the Holidays: E-ZPass — With tolling set to begin on what are now the I-66 HOT lanes, stores in Arlington and elsewhere in Northern Virginia are having trouble keeping E-ZPass transponders in stock, particularly the E-ZPass Flex devices that will allow carpoolers to continue to use I-66 for free. [WJLA]

W&OD Trail Changes Discussed — Officials are considering options for separating cyclists from those on foot on the W&OD Trail. “I love the potential separation,” Arlington County Board member John Vihstadt is quoted as saying. “I think that will be well-received by both sets of users.” [InsideNova]

Dad Speaks Out After W-L Grad Son ODs — “As an admiral I helped run the most powerful military on Earth, but I couldn’t save my son from the scourge of opioid addiction,” writes retired Adm. James Winnefeld, in an Atlantic article entitled “No Family Is Safe From This Epidemic.” Jonathan Winnefeld, a Washington-Lee High School grad, died in Denver this past September “after a long and honorable battle with addiction.” [The Atlantic, Legacy, Denver Post]

More on Accessory Dwelling Vote — A GGW writer argues that while the Arlington County Board is to be commended for allowing the creation of basement apartments that can be rented out, it punted on the issue of backyard cottages at its Tuesday meeting. The Board’s action on so-called Accessory Dwelling Units included instructing the County Manager to study setbacks from the property line for detached accessory structures before any are approved under new rules.  [Greater Greater Washington]

DCA Tweets at Teigen — Model and social media personality Chrissy Teigen told followers yesterday that she left “a very large mom bra” under her seat on a flight that arrived at a D.C. area airport. Reagan National Airport’s official Twitter account responded by recommending that Teigen stop by the Spanx store in the airport for a replacement. [Twitter]