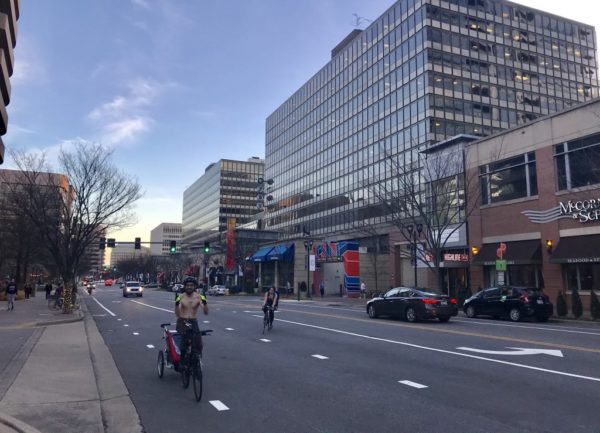 Firefighters Push for Raise — IAFF Local 2800, which represents Arlington firefighters and paramedics, is pushing for a raise in this year’s county budget process. The group says Arlington’s compensation for public safety employees “is at the bottom of the DMV.” [Twitter]

Growing Up Black in Arlington — From 1950 to 1962, growing up black in Arlington meant facing segregation and racism at every turn, and not feeling safe venturing out of the largely self-contained confines of a historically African-American neighborhood like Hall’s Hill. [Falls Church News-Press]

Arlington Startup Raises $3 Million — What started as a way for the owner of conveyor belt sushi chain Wasabi Sushi to streamline his accounting is now a venture-funded startup. Arlington-based MarginEdge has raised $3 million to go national with its restaurant management software. [Washington Business Journal]

Axios Makes ‘Most Innovative’ List — Fast-growing Clarendon-based media startup Axios has been named one of the top 10 most innovative media companies of 2018. [Fast Company]