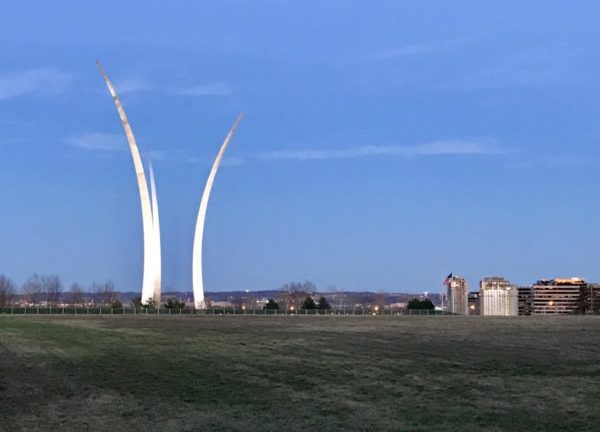 Legislature Considering Expanding I-66 Tolls — Del. Tim Hugo (R), the state lawmaker who proposed a bill that would slash Arlington’s tax revenue from country clubs, is now also proposing legislation that would require I-66 to be tolled in both directions. “If you live in Arlington, D.C. or Maryland, and you are going to Tysons Corner or west, you pay no toll in the morning and you get a free ride home,” Hugo said. “We will even it out by getting some people in Arlington to pick up the freight.” [Washington Post]

County Board Members Lobby Against Country Club Bill — Both Libby Garvey (D) and John Vihstadt (I) were in Richmond yesterday to lobby against HB 1204, the bill that would provide a “windfall tax cut” for Arlington’s two country clubs. [Twitter]

Vegas Bunnies Arrive in Arlington — “Six furry, floppy-eared cottontails dubbed the ‘Las Vegas bunnies’ have arrived at an animal rescue center in Arlington after many others were poisoned in Nevada.” [Washington Post]

Arlington School Board Bill Passes — A state bill that would ensure that Arlington County has the legal standing to have an elected School Board, after questions arose about the School Board’s legality, has passed the state legislature and is now heading to Gov. Ralph Northam (D) for his signature. [InsideNova]

END_OF_DOCUMENT_TOKEN_TO_BE_REPLACED

More Stories
Just Reduced Properties in ArlingtonArlington Ranks No. 3 for Residents Born Out of State