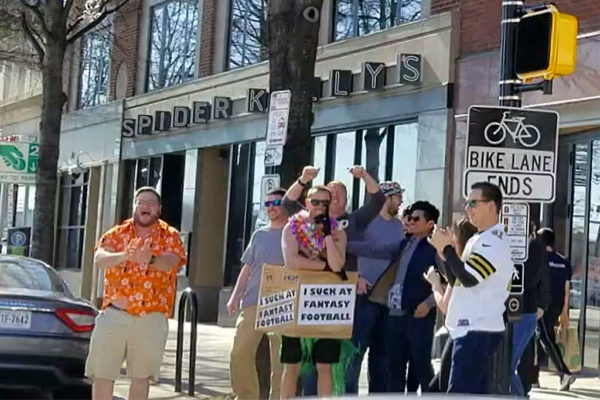 Partisans Stake Out Sides on Country Club Tax Bill — There are two very different political perspectives on the state bill that would greatly lower the tax bills of Arlington’s two country clubs. On one hand, a writer on the conservative blog Bearing Drift says Arlington’s tax treatment of Army-Navy Country Club (which is covered by the bill along with Washington Golf & Country Club) is “manifestly unfair, and… impacts an especially distinguished and patriotic group of older folks.” On the other hand, progressive blog Blue Virginia says the bill, which passed the Virginia General Assembly last week, should be vetoed by Gov. Ralph Northam (D) because it would “lavish big $$$ on super-rich people, weaken local autonomy vs state AND set a horrible precedent.” [Bearing Drift, Blue Virginia]

County Launches Online Payments for Building Permits — After years of grumbles from local businesses, starting today Arlington County is accepting online payments for building permits. Payments can only be made online when one is submitting permits via the ePlan Review portal. [Arlington County]

Arlington Tourism Tax Bill Passes — “More than a dozen Republican members of the House of Delegates voted against, but Arlington’s effort to retain its ability to levy a surtax on hotel stays to pay for tourism promotion is headed to the governor’s desk.” [InsideNova]

Nearby: Lebanese Taverna Closing in Bethesda — Arlington-based local restaurant chain Lebanese Taverna is closing its Bethesda location, citing an inability to reach agreement on a new lease with the landlord of Bethesda Row. [Bethesda Beat]