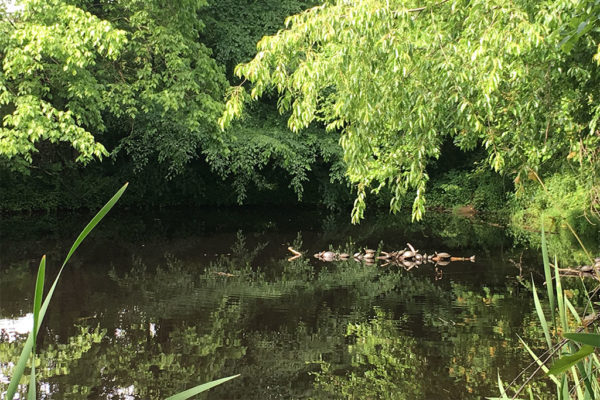 What Arlington Residents Think About Arlington — “Arlington residents of all ages are concerned about housing costs. Many like new urban amenities and denser development but are worried about displacing lower-income neighbors. Others point to the county’s affluence and pockets of racially homogenous communities and wonder what that says about their progressive values.” [Greater Greater Washington]

Salt Storage Facility to Be Torn Down — Arlington County is planning to dismantle the rusted-out road salt storage tank on Old Dominion Drive near 25th Road N. later this year, deeming it unsafe for use during the upcoming winter season. In its place, the county hopes to build a temporary facility that could remain functional for several years. [InsideNova]

New Restaurant Kiosks Planned in Crystal City — “Two new funky restaurant spaces could be coming to Crystal City in 2019… JBG Smith wants to build two unusual standalone restaurant buildings, one that resembles a green house and one that calls to mind a tree house, in green space that sits in front of 2121 Crystal Drive. The green is currently a mix of walking paths, open seating, trees and lawn.” [Washington Business Journal]

How Critics Could Fight W-L Name Change — Those opposed to changing the name of Washington-Lee High School have floated the idea of a community-wide referendum, though state law does not currently allow Arlington to hold an advisory referendum. One more fruitful path may be convincing the Republican-controlled state legislature to block the name change, though any such action would likely not survive Gov. Ralph Northam (D)’s veto pen. [InsideNova]

Employer Moving Out of Rosslyn — Amid a series of economic wins for Rosslyn and Arlington, there are also some losses. Among them, The Carlyle Group is planning to consolidate its Rosslyn office — with some 300 employees — into its larger D.C. office on Pennsylvania Avenue NW, after striking a deal to expand its lease and modernize its space. [Washington Business Journal]