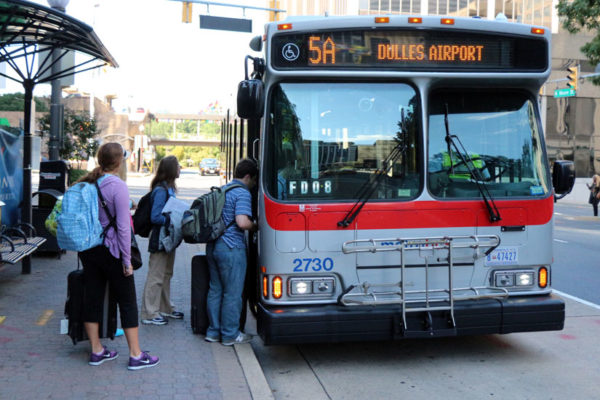 Metro is making some changes to a handful of its bus routes around Arlington, in a bid to make service more efficient and save a bit of money.

WMATA’s Board of Directors approved a series of changes to Metrobus routes across the region on Thursday (June 14), including adjustments along six routes in the county. All of the alterations will take effect on July 1, and they mark the latest in a slew of recent changes to Metrobus service in Arlington.

The biggest change will be the elimination of the 22B route, which currently runs from the Ballston Metro station to a stop at the intersection of S. Four Mile Run Drive and Columbia Pike in Barcroft.

Metro spokeswoman Sherri Ly notes that “alternate service is available on routes 22A and 22C,” and that buses once running the 22B route will be used to provide more service between Pentagon City and Shirlington. Eric Balliet, a spokesman for the county’s Department of Environmental Services, added that the “majority of the 22B is redundant with the 22A and C” and suggested that the change will complement the county’s planned expansion of dedicated-lane Transitway service in Pentagon City.

“The public reaction was neutral, and the change nets $108,000 per year in savings,” Balliet told ARLnow via email.

Another significant change approved by the WMATA board is the truncation of the 10E route, which currently runs from the Rosslyn Metro station to Hunting Point in Alexandria. Now, the route will end at the Pentagon instead of continuing on to Rosslyn.

Balliet said county transit officials have planned on making the change since July 2016, noting it’s redundant with Metro’s Blue Line and some Arlington Transit routes. In all, he expects the change will save about $232,000 each year.

Other changes include increasing the time between buses on routes 7A and 7F between the Pentagon and Shirlington, and a series of changes along Columbia Pike to account for bus service improvements designed to take the place of the abandoned streetcar project. In all, Metrobus will tweak the schedule of buses on routes 16A, 16B, 16C, 16E, 16G, 16H, 16J, 16K, 16P and 16X.

Finally, Metro will rearrange the schedules of routes 4A and 4B between Pershing Drive and Arlington Boulevard, eliminating 4A buses in the middle of the day in favor running 4B buses more frequently.