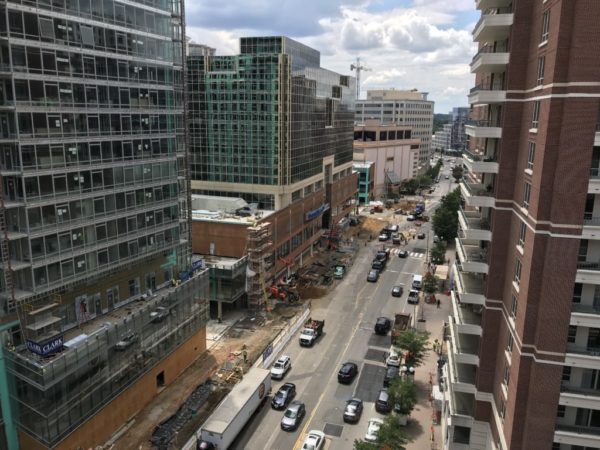 WiFi Available in Underground Metro Stations — As of today, free wireless internet service should be available in every underground Metro station. Per yesterday’s announcement from Metro: “Customers can log-in by selecting the ‘Metro-Public’ network in their device’s Wi-Fi settings.” [WMATA]

Signs Up for Sfoglina — “Coming soon” signs are up for the new Rosslyn outpost of the acclaimed Fabio and Maria Trabocchi restaurant Sfoglina Pasta House. The restaurant is located on the street level of the office building at 11oo Wilson Boulevard. [Twitter]

Water Rescue Near Chain Bridge — D.C. police and firefighters rescued two people whose kayak overturned in the Potomac River near Chain Bridge last night. Both were evaluated by medics but “neither have physical injuries,” per DCFEMS. [Twitter, Twitter]

Fox News Coming to Iwo Jima Memorial — On Sunday, Fox News Channel will broadcast a portion of its America’s News Headquarters program (noon-2 p.m.) from the Marine Corps War Memorial near Rosslyn. Elizabeth Prann will co-anchor “ANHQ” from the Memorial, “where the nation will be preparing for the Fourth of July fireworks celebration,” according to a Fox press release.

Arlington Has Millions in Prepaid Taxes — “The Arlington treasurer’s office still has about $8 million sitting untouched in its coffers, waiting to be applied to future tax payments. But that’s less than half the $17.2 million in total prepayments submitted by Arlington taxpayers in the waning days of 2017, hoping to beat changes to federal tax law that made some mortgage-interest payments non-deductible in 2018.” [InsideNova]