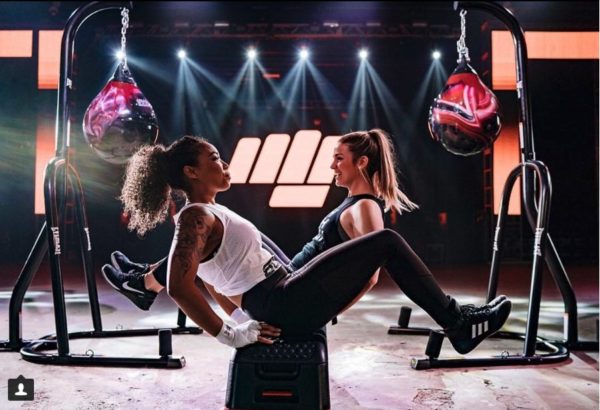 Bash Boxing is gearing up to open its second location in the Ballston Quarter development next year.

The boxing-focused workout studio will join the newly renovated Ballston mall “sometime in early 2019,” according to co-owner Scott Parker, who also manages a variety of Arlington restaurants.

Co-owner Alex Trakas adds that the space will be 5,000 square feet in size, and will be located closest to the N. Randolph Street side of the development.

Bash announced plans earlier this year to open its first gym in Rosslyn, in the space formerly occupied by Cafe Asia. Parker and Trakas were initially hoping to start offering classes there this spring, but Trakas says they’re now hoping to get things going sometime this fall.

The studio plans to split its workouts between boxing on a water-filled training bag and “high intensity interval training.” Classes will generally last 45 minutes each.

Ballston Quarter will also eventually be home to a slew of restaurants and retailers, in addition to some “experiential” tenants. Its developer is hoping to open some stores in the development starting this fall, though some parts of the project have run into a few snags recently.