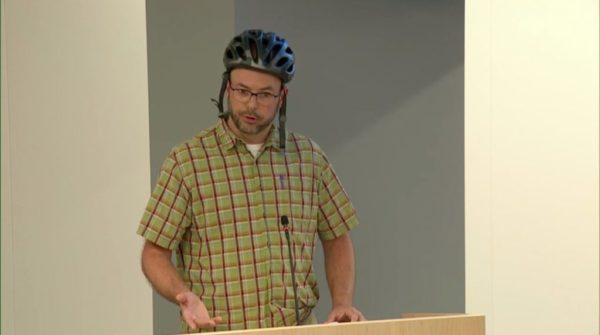 (Updated at 10 a.m.) Arlington Public Schools is indefinitely suspending its incentive program to push employees out of their cars, after the effort proved to be a bit too successful — and expensive.

The school system’s Transportation Demand Management (TDM) Commuter Program provides stipends to employees for turning to public transit, walking, bicycling, carpooling and other options to limit the number of cars going to and from schools.

It was budgeted for $222,600 last year, but School Board spokeswoman Linda Erdos said actual expenses were over $389,000. While the difference was covered in last year’s budget, Erdos said the budget for the program remained the same for FY 2019 without the same flexibility.

“No one wanted to make any changes, but we also had to find a way to reduce the growing deficit,” said Erdos in an email. “Carpoolers and transit users also receive stipends, and staff believed that maintaining those programs was important because it immediately reduces an employee’s direct costs for commuting (fares, toll fees and fuel) and keeps the number of cars in school parking lots lower.”

Erdos said the school system looked at reducing the stipend for walkers and bicyclists, but were still left with a $50,000 deficit.

At last Thursday’s School Board meeting (Aug. 30), Assistant Superintendent of Facilities and Operations John Chadwick stated that part of the reason the bicyclists’ and pedestrians’ incentives were targeted was because the data showed they’d be more likely to continue using those methods to get to school.

“Looking at numbers and usage, those members of staff who used to bike and walk would be most likely to continue using walking and biking to school,” said Chadwick. “If we applied the benefit to users of the carpool, we would likely get more people returning to single use cars and have more cars around our schools, more congestion, which causes safety concerns and issues of air quality. Faced with a difficult decision, we determined it would be most useful to suspend bike [and] walk benefits.”

Teachers at the Aug. 30 meeting said they dismayed by the decision.

“Two years ago, the incentive program helped me change my habits,” said Aaron Schuetz, a physics teacher at Yorktown High School. “Now, biking to work is my primary mode of transportation… [it was] disappointing to get email that it was cancelled.”

The suspension of the motor-free benefits was effective Sept. 1, which some teachers noted was an abrupt change.

“I was surprised to see benefits eliminated with three days notice,” said Jeffrey Bunting, an english teacher at Yorktown High School. “I found the process maybe a little cynical how it was eliminated… I fully agree there are probably improvements that can be done, but I encourage the Board and Mr. Chadwick not to throw the baby out with the bathwater.”

Erdos said the Office of Multimodal Transportation Planning in the Department of Facilities & Operations will continue to work on reorganizing the program and will release more information later this year about the changes.