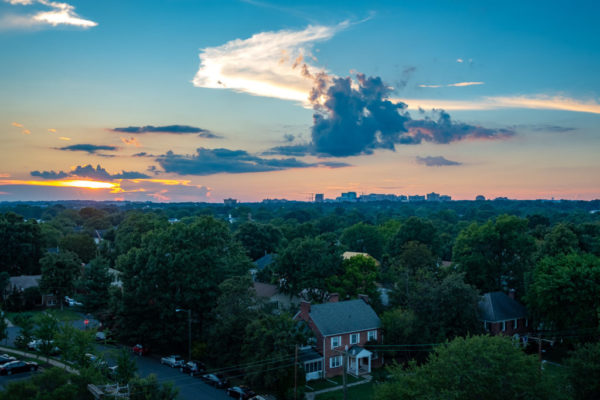 Vida Fitness Eyeing Second Arlington Gym — Vida Fitness has signed a letter of intent to open a gym and a “Sweatbox” boutique fitness studio in western Rosslyn, likely by the end of 2020. The company is expected to open its first Arlington location in Ballston in late 2019. [Washington Business Journal]

Beyer: If Impeachment Comes, It Must Be Bipartisan — “U.S. Rep. Don Beyer is no fan of Donald Trump. But he’s against moving forward with impeachment of the president unless it becomes a true bipartisan effort. ‘I don’t believe impeachment should ever be partisan – it should be done together,’ Beyer (D-8th) said at a campaign forum.” [InsideNova]

Warning About Swollen Streams — After an almost disastrous incident yesterday, the Arlington County Fire Department tweeted: “Remember, even a few inches of rushing water can be deceivingly powerful.” [Twitter]

Cemetery to Hold Expansion Dedication — “Arlington National Cemetery on Sept. 6 will formally dedicate a 27-acre expansion that will provide more than 27,000 additional burial spaces… The expansion will provide for 10,882 in-ground burial spaces and 16,400 above-ground niche spaces for cremated remains.” [InsideNova]

Mongolian School Fights Fee Increase Proposal — “The Arlington school system’s proposal to vastly increase rental fees charged to the non-profit Mongolian School of the National Capital Area has outraged supporters of the school and led to predictions it might have to close if the increase isn’t reduced or rescinded… The proposal to jump the facility-use charge to $28,000 a year would be ‘devastating to our children and hard-working families,’ said Jane Batsukh, president of the Mongolian School Parents Association.” [InsideNova]

New Metrorail Cars Coming — Metro has kicked off the procurement process for its next-generation 8000 series rail cars. The transit agency plans to purchase hundreds of such cars and to put them into service as soon as 2024. [WMATA]